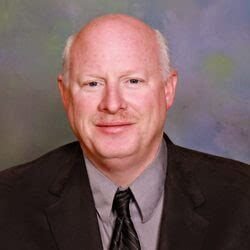 Michael Taylor has been named the new Chairman for the Coroner’s Standards and Training Commission, as of Thursday, Dec. 29.

Governor Parson first signed the bill in July of 2020 to create this commission, also imposing a dollar amount on each death certificate filing with the purpose of training coroners. The fees collected thus far from death certifcate filings total over $600,000. Previous Chairman Sid Conklin, of Randolph County, stepped down after serving eight months after being elected to another position.

“Our previous chair was great and he did a good job. I’m not saying that I will do anything different or better… What I will say is, when I get a task, I like to jump in and get it done to the best that I can,” Taylor said. “This task is a little different because we want it the same way, we want to take our time, we want to make sure we build a standard that's realistic, we want to make sure we build a standard that fits the need, as far as the train the corners, get the training that they need to have.”

Currently, the requirements to become a coroner in the state of Missouri are relatively low. Candidates must be a US citizen, a citizen of Missouri, a citizen of the county for at least six months and 21 years of age.

“Theres really not a medical background requirement,” Taylor added. “Ultimately, part of the job is to investigate and have enough medical experience and knowledge to sign death certificates. In many cases there were some problems throughout the state where coroners were not prepared to do that.”

Eight people are designed to comprise the commission, seven of which are appointed, along with the Director of Health and Senior Services. Besides Taylor, other members of the commission are: Phelps County Prosecuting Attorney Brendon Fox, Madison County Sheriff Katy Jo McCutcheon and Dylan Bryant, of the Department of Health and Senior Services. The remaining seats are vacant at this time.

“We're getting pretty close to being able to put some recommendations out to hopefully end up as regulations, but we're not quite there yet. So for me, it will be finishing up that first piece, as part of our charge is get that training standard out. So that's going to be my focus.”

Taylor received Medicolegal Death Investigator training from Saint Louis University School of Medicine and earned an Associate of Applied Science in fire science from Columbia Southern University. He has served as the Webster County Coroner since his election in 2004. He joined the Marshfield Fire Protection District in 1989 as a firefighter and rose through the ranks to become Fire Chief, a position he has held since 2005. Additionally, he previously served as the Marshfield Director of Emergency Medical Services from 1995 to 2019. He is a licensed paramedic, certified EMS instructor, and is a member of the Missouri Coroner and Medical Examiners Association Board of Directors.

“The Coroners Association hosts an annual training, but the reality for new coroners entering the field is that they have 8 hours of training saying this is how you draw blood, fill out a death certificate and here’s your responsibilities and it wasn’t working,” Taylor explained. “When that became evident, Gov. Parsons signed the laws into effect, with commissions being appointed since 2020. We’ve had some resign, and one got elected to another office. So we’re hopeful to address that when we meet in February.”

According to Taylor, he is excited to get started and explained that his main goal is to achieve uniform training standards throughout the state so that everyone is on the same page.

“I believe that the people in our communities deserve coroners that are well trained and that’s what the purpose of this commission is. To set mandatory training for every coroner,” he added. “For me, it’s not only that, it’s uniformity. We have over 100 coroners and everybody is doing things a little different throughout the state. We need to bring this together to a uniform approach of how we investigate, sign death certificates, what cases to perform autopsies or toxicologies on. The list goes on and on of operational standards that should be in place.”