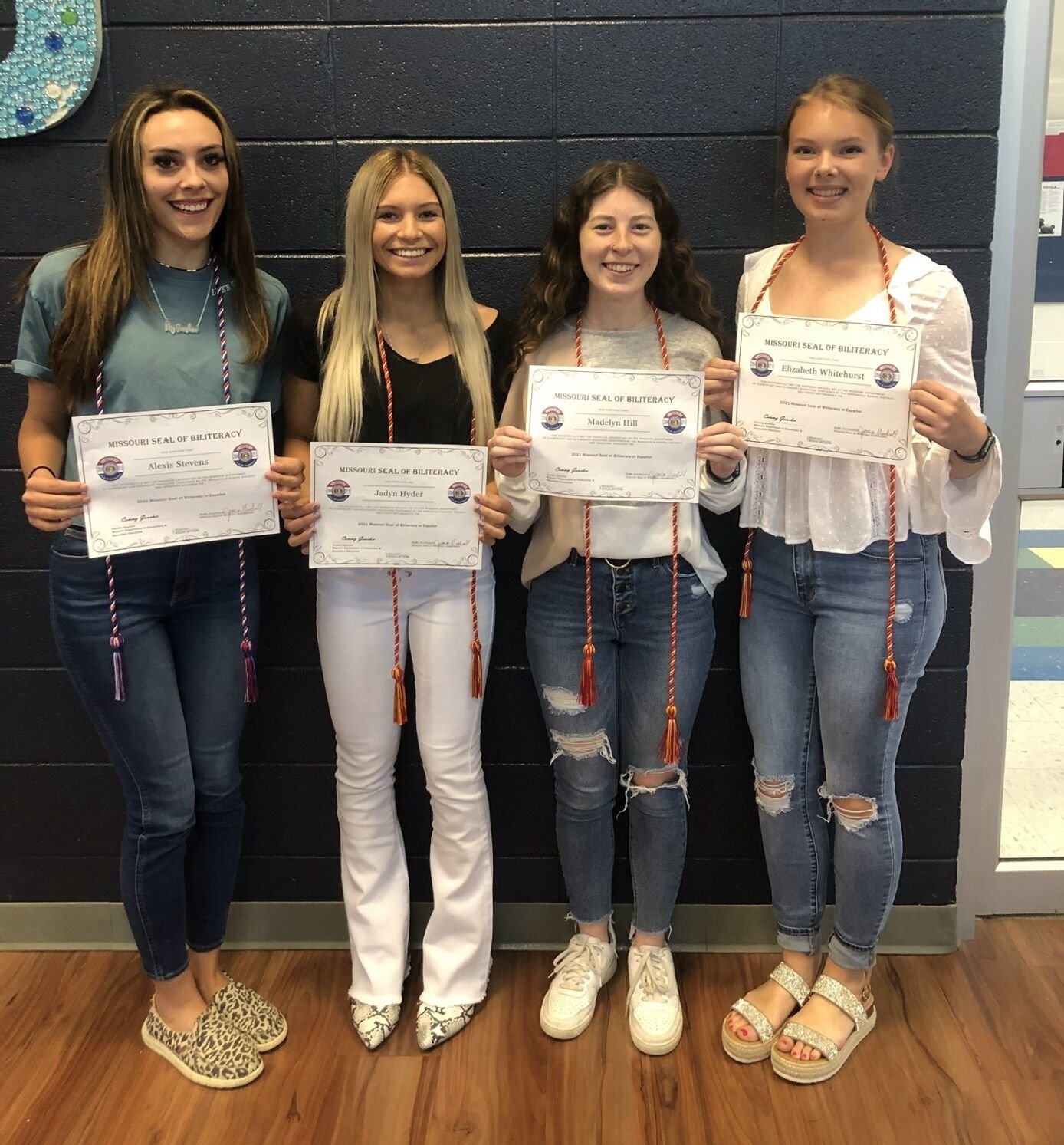 Posted Thursday, May 20, 2021 8:05 am
By Shelby Atkison shelbya@marshfieldmail.com

Three Marshfield graduates received the ACTFL Assessment of Performance toward Proficiency in Languages (AAPPL). AAPPL is an assessment of standards-based language learning across the three modes of communication (Interpersonal, Presentational, and Interpretive) as defined by the National Standards for Foreign Language Learning and is scored by Native Spanish speakers.

“I am thrilled to follow up on the fall board meeting when [Marshfield School Board members] approved our MHS students taking the AAPPL exam to achieve the seal of biliteracy and say that three students received this award,” said Foreign Language teacher Jessica Marshall. “One student also earned college credits through her exam scores.”

Madelyn Hill, Betsy Whitehurst and Jadyn Hyder met the required scores to achieve this award, which earned them the official Missouri Seal of Biliteracy stamp on their transcripts. The three were also awarded 12 college language credits for their future universities and wore a cord of the Spanish colored flag at graduation, representing their achievement. Alexis Stevens also earned six college credits at her future university for overall scores and wore the cord of the Costa Rican flag as a nod to her achievement.

To achieve the Missouri Seal, students must have proof of proficiency in two languages and requires a score of 18 or higher on either the Reading or Writing section of the English ACT. Students must also score an Intermediate-3 on all four sections of the AAPPL test – speaking, reading, writing, listening.