Martha Meyers accepts her award certificate for submitting the largest tree in Marshfield for the Tree City USA contest, which is located in her own front yard.

A proclamation from Mayor McNish 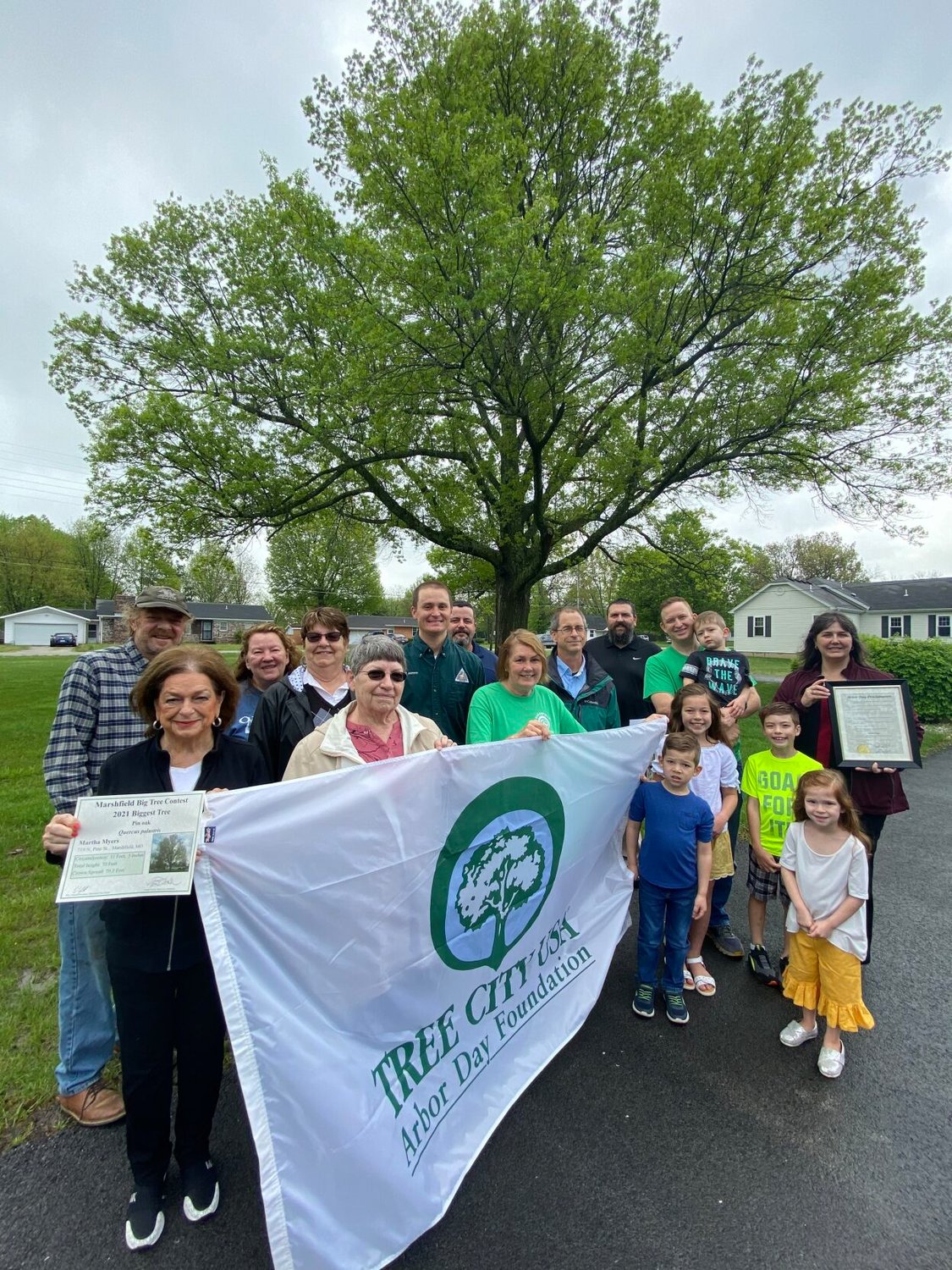 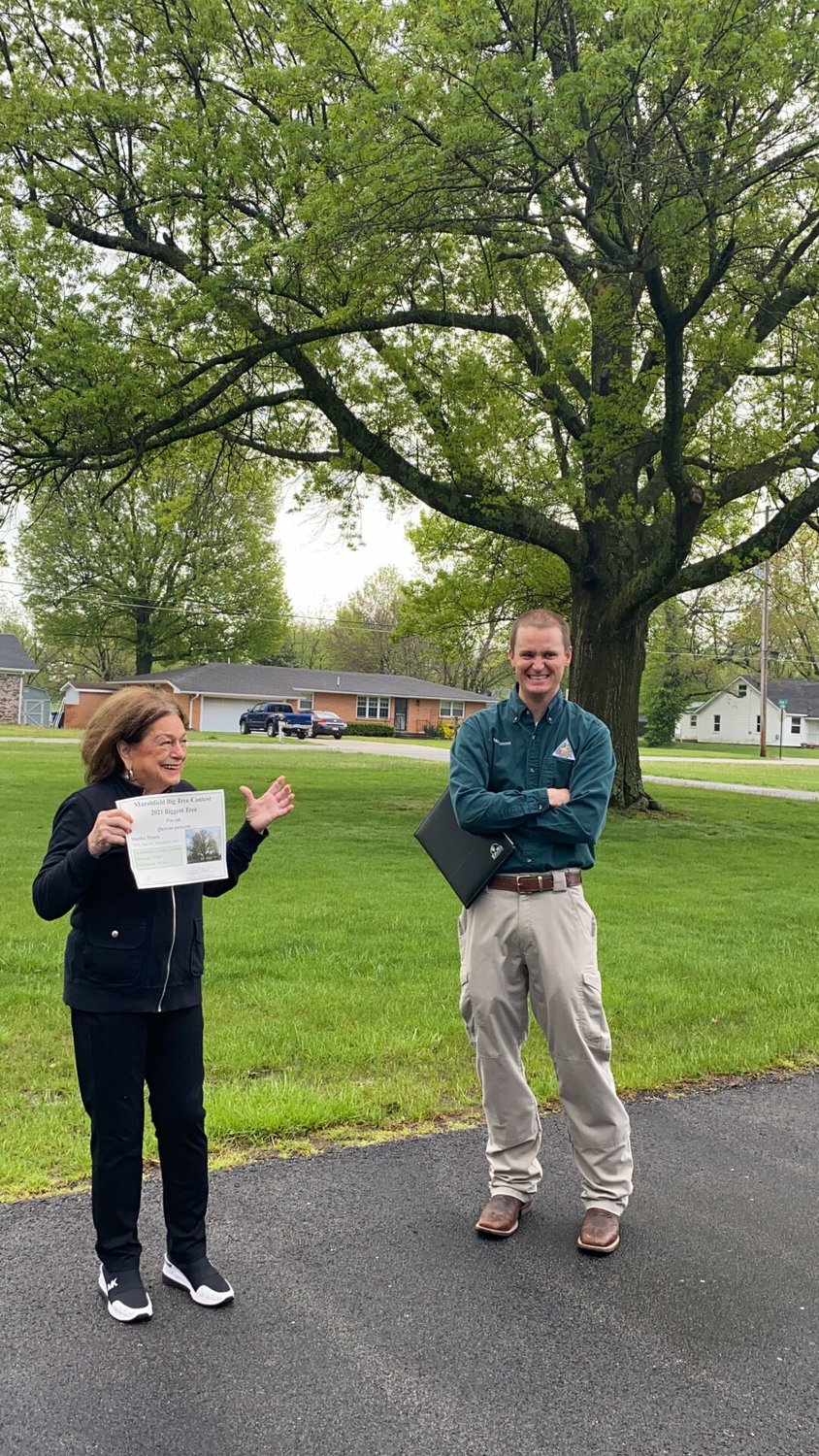 Martha Meyers proudly accepts the award certificate for submitting the largest tree in Marshfield, which happens to have its roots planted right in her front yard at Hubble and Pine. 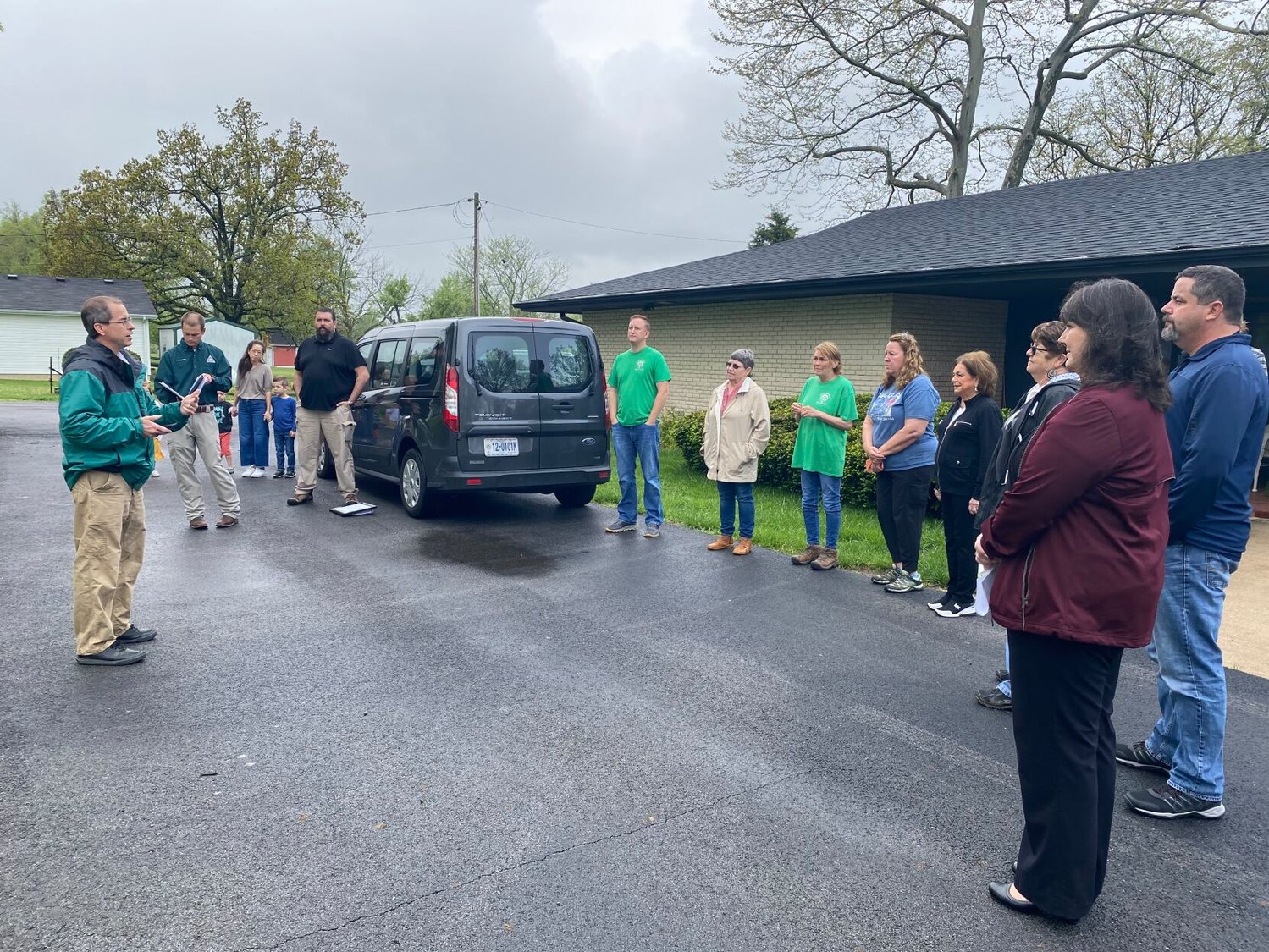 Several made their way out on a murky Missouri day to celebrate Arbor Day, proclaimed by Mayor McNish as April 29, 2021 in Marshfield.

Previous Next
Posted Wednesday, May 5, 2021 4:30 am
By Shelby Atkison shelbya@marshfieldmail.com

Marshfield resident Martha Meyers was honored on Thursday, April 29 for submitting the largest tree in Marshfield as part of Tree City’s latest contest.

Mayor Natalie McNish, Marshfield’s Tree City Committee, representatives from the Missouri Department of Conservation as well as Marshfield Parks Director Marc Baker and Board of Alderman representative John Quinn were in attendance for the proclamation.

“I often look at my trees in the summer when it’s hot and dry and I think, how deep do your roots have to go to withstand and still give us beautiful colors in the fall… I just entered because I thought they did deserve some recognition,” smiled Martha Meyers upon receiving her award certificate. “I didn’t do that, they did! I’ve just enjoyed the view while I’ve lived her and I appreciate this award very much.”

In recognition of Arbor Day and Marshfield’s 15th year as part of the Tree City USA Program, its committee held a contest to get folks involved by going outside and finding big trees within the city limits. Trees had to be on private property, inside the city limits and were measured by Department of Conservation officials to determine the winner.

Meyers entered two trees at each end of her front yard for the contest, in which the large pin oak was the winner.

“Trees are one of those things in our lives that actually plays a vital part of each stage of our lives and we don’t necessarily acknowledge their importance at the time. McNish recalled a white pine from her childhood that could be seen from miles away at her grandparents. She would use that tree as a point of reference to find her way back all her life.

McNish went on to describe her aunts weeping willow tree which would have doorways cut into the branches to allow for entry and a breeze.

“That was my safe haven from the sun growing up, and I hadn’t really thought about my appreciation for trees until this morning,” she added. “But years ago when we decided we wanted to move, we explained specific criteria to our real estate agent… and both of us wanted trees. This city values trees and that played into my decision to move here.”

A recording of Mayor McNish’s proclamation and Martha Meyer’s winning award presentation by the Department of Conservation can be viewed above.