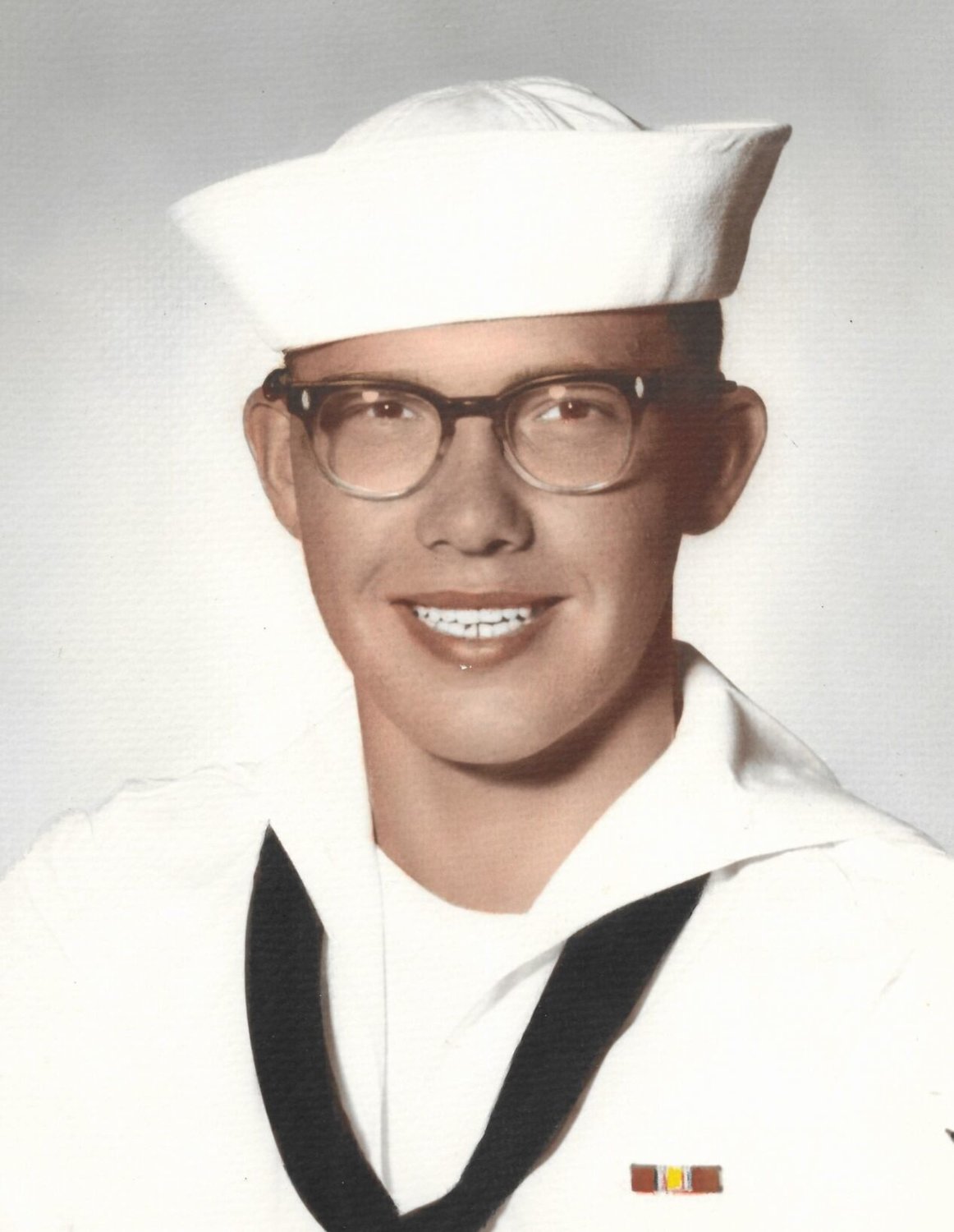 A photo of John L. Tieskotter in his younger days as he joined the Navy. Contributed Photo by Connie Perryman 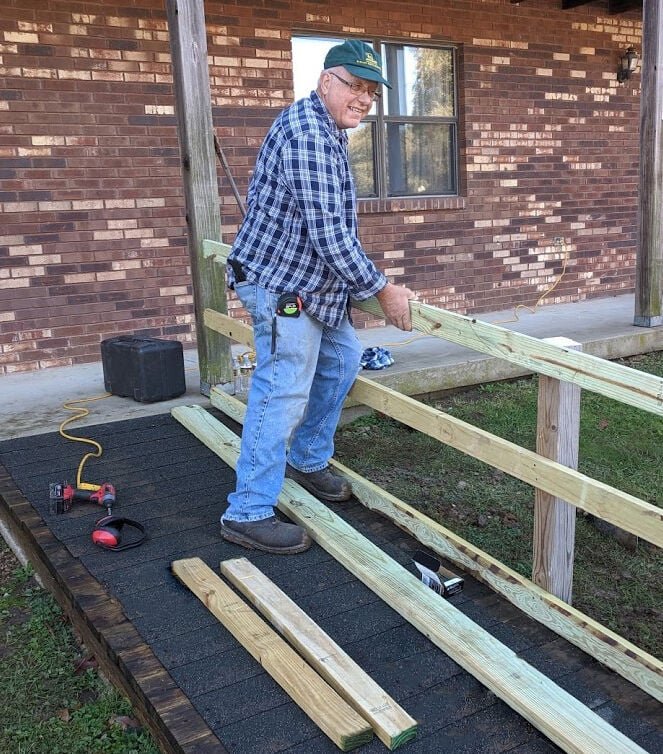 Tieskotter's call to serve extends to the elderly and disabled by building ramps, steps and much more to improve their quality of life.  Contributed Photo by Carmelita Tieskotter
Previous Next
Posted Wednesday, November 9, 2022 2:00 am
By John “J.T.” Jones johnj@marshfieldmail.com

On this veterans day, we want to honor all who answered the call to serve in Webster County.

Starting with our salute to local veterans is John L. Tieskotter, whose military career spanned 40 years.

Growing up on a family farm, Tieskotter learned about hard work young, but wanted to do more.

So beginning on April 3, 1969, he enlisted to join the Navy. In Aug that same year, he was off to boot camp and in a few short weeks, he would graduate. He then to traveled to California, where he learned the ins and outs of ship guns and missiles. When he competed his learning, orders came for him to be on USS Page County, a ship stationed in Vietnam.

While in Vietnam, Tieskotter encountered a deadly combination of typhoons and gunfire. One encounter, in particular, he remembers the ship aiding 16 men who were traveling by helicopter. Unfortunately, it was gunned down, resulting in the aircraft landing upside down in the water. Tieskotter remembers the event.

"When a helicopter goes upside down you cannot get out without getting hit by the rutters. So the men had to wait until the rutters almost stopped to get out as the helicopter was sinking" All 16 survived, fortunately.

After Vietnam, he traveled worldwide, from Hawaii to the Philippines. The Navy would then put Tieskotter in the Naval Reserve for 18 years then he would spend another 12 years in the individual ready reserve. Tieskotter would officially retire in Aug. 2009 with the rank of E-8 Senior Chief Fire Controlman.

While in the reserves, he worked as a maintenance electrician for John Deere and taught youth about the military. He retired from both shortly after he retired from the Navy. But that "call to service" did not end for Tieskotter when he left the Navy. As a member of the Knights of Columbus, he continues to help serve the community.

From Niangua, Conway, Marshfield, and even Springfield, he assists the elderly, or disabled with maintenance or additional assistance. From building ramps, steps or whatever is needed, Tieskotter will even trim tree limbs for the elderly.

“The reason why I do these things I figure I survived Vietnam the least I could do is help out the Lord’s people, the seniors the best I can. They are the ones that need help.” tells Tieskotter.

Words alone can not express the gratitude that Tieskotter deserves for serving his country. From the farmland of the US to the jungles of Vietnam, he is now your friendly neighbor that helps the elderly and others. So again, thank you for serving our country.

Be sure to pick up next week's edition of the Marshfield Mail for the second segment of this three part series. Have a Veteran in mind? Email news@marshfieldmail.com with name, photo and contact information.