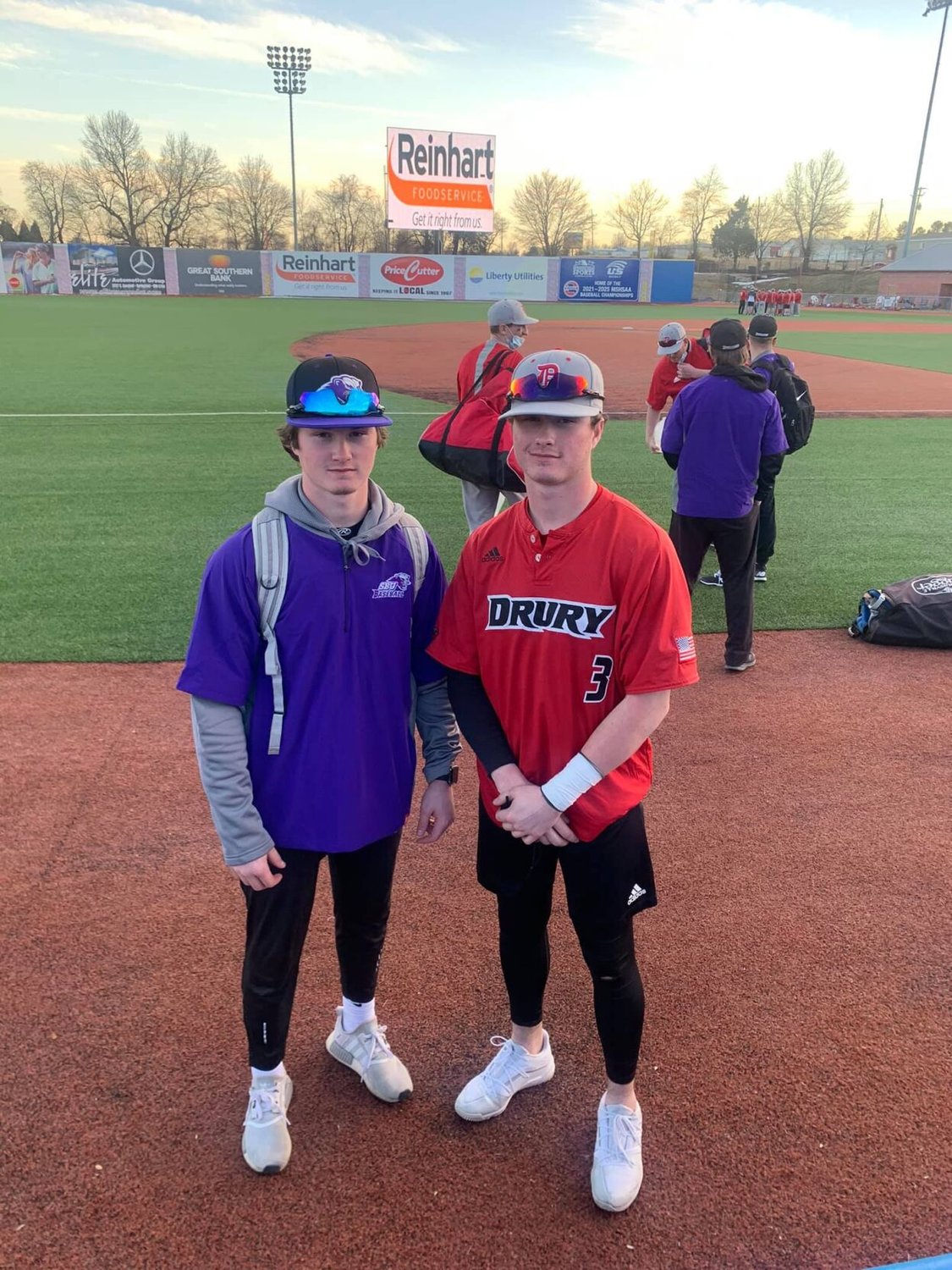 “You don’t come across twin brothers very often that are both that athletic,” said Marshfield High School Baseball Coach, William Pate. “Seeing them in college now makes me very proud because they set a goal that they wanted to play college ball and they are doing that. They are representing our program and our town well.”

Brooks and Brennan Espy graduated from the Blue Jay program in 2020 before continuing their baseball careers in college… at rivalry campuses. Brooks is a catcher at Southwest Baptist University in Bolivar while Brennan goes to school in Springfield and plays center for the Drury University Panthers.

“It’s different than high school baseball, that’s for sure… but it’s a cool experience seeing each other in different uniforms and still wanting to watch each other succeed while wanting to beat them at the same time,” said Brooks.

“We grew up always doing everything together so it’s really different doing our own thing on two completely different teams,” Brennan added. “I think it’s cool to see us out there competing against each other, the first time seeing him on the opposing team, it was kind of like, ‘Woah, this is how it is now and it’s kinda weird.’”

According to Brooks, the pair are currently 1-1 against each other but they’re ready for their next match-up. While he’s confident in his Bearcat team, his brother has made the prediction…

“You never know who is going to win… baseball is a weird sport where anything can happen,” Brennan smiled. “But Drury will definitely win the next match.”

The competitive drive of the Espy brothers is apparent to their respective college coaches, teams and fans. While they may be twins, they sure don’t take it easy on one another these days when they do meet on the diamond. They may have reached their goal of playing at the next level, but they continue to work on bettering their game daily.

“They put in a lot of hard work to get to where they are but it’s like I tell all my guys who have signed to play college ball, the work doesn’t stop because we’ve signed a piece of paper,” said Coach Pate. “I know both Brooks and Brennan have continued working hard and are looking to make an impact on their teams this season.”