Mail intern reflects at OPA conference, Atkison added to Board of Directors 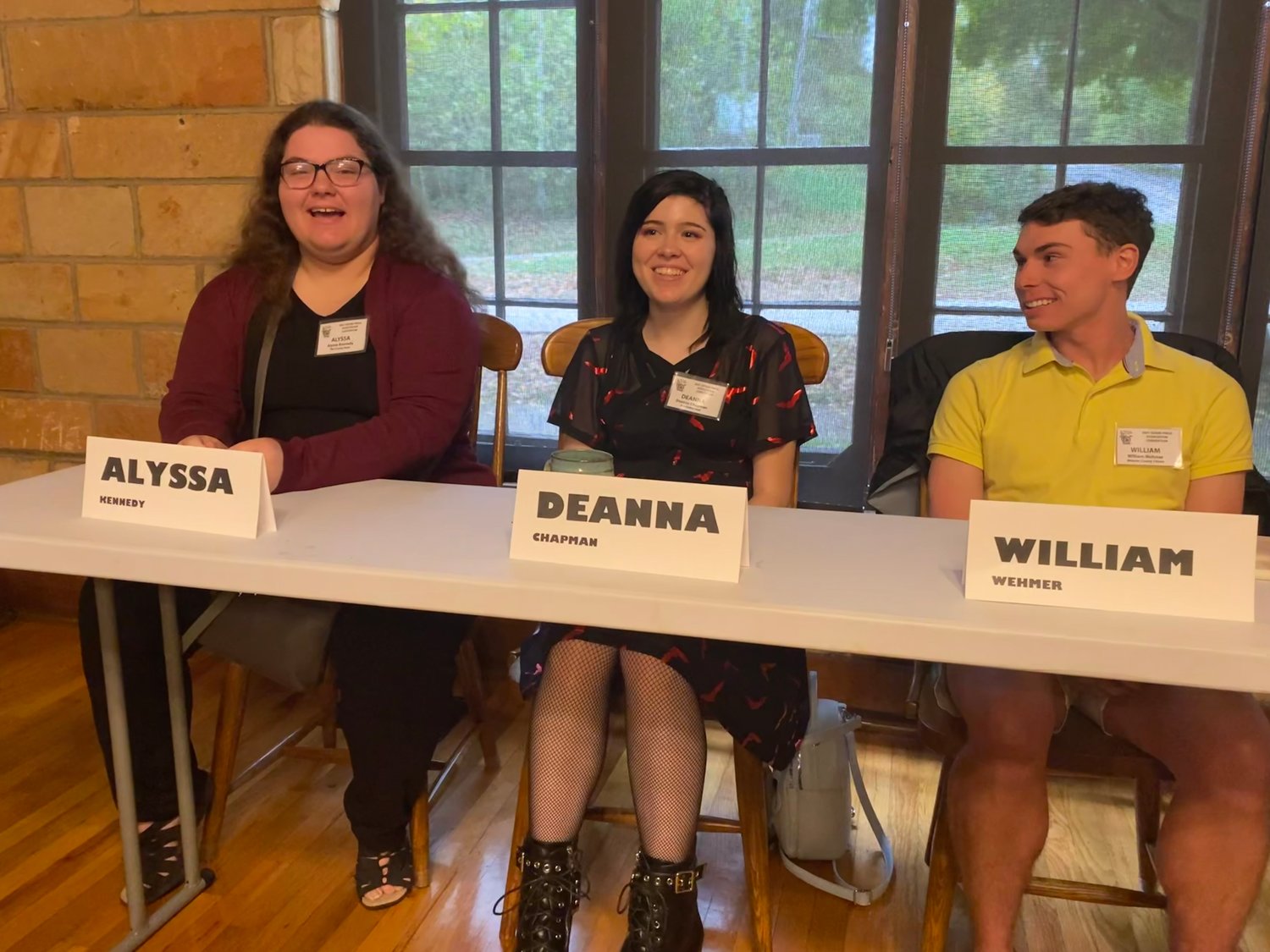 The Marshfield Mail was granted a $500 scholarship from the Ozark Press Association to add summer intern, Deanna Chapman. Chapman worked for the Mail from June to August of this year, learning the inner workings of print journalism.

“Something that surprised me was how intricate tasks actually are behind the scenes of the newspaper,” added Chapman. “There really is a lot that goes into it and it’s not possible for one person to do it all themselves. I was happy to help.”

During her time at the paper, Chapman conducted interviews, wrote stories, took photos, sold advertisements, assisted with layout and design of the weekly newspaper and jumped in head first. On Thursday, Oct. 14, she was able to reflect on her experience as a Marshfield Mail intern at OPA’s annual conference at Bennett Spring State Park.

“Deanna started fresh after graduating MHS and I could tell she was shy,” said Mail editor Shelby Atkison. “That’s what’s so great about these internship opportunities… she walked into her first interview intimidated and nervous, but by the end of the summer she got to where she was naturally asking followup questions and had immaculate attention to detail.”

According to Chapman, the two best parts of her summer-long gig was creating the story Bippity Boppity Oops! and compiling photos for community events.

“That article was about the Marshfield Community Theatre’s production of Disney’s Descendants,” she explained. “I wrote about the performance itself, took photos and I interviewed the director after the play. I also really loved taking photos of the Marshfield 4th of July parade and Independence Day rodeo.”

“We had a large gap with our coverage in the photography department prior to adding Chapman as our summer intern,” said Mail editor Shelby Atkison. “Can you imagine covering Marshfield, Missouri’s Independence Day parade or rodeo without a camera? Whenever you live in a town like Marshfield, where it’s small and that’s the largest community event we have a year, it’s kind of hard to capture the magnitude of these events without a professional camera. We live in a small community and I think everyone appreciated Deanna’s attention to detail during her time with us.”

How could the internship have been better? According to Chapman, she didn’t feel ready to leave the paper at the end of her internship.

“I wanted more time,” she stated. “I had another job during the internship and every time I was there I wished I was able to spend that time at the paper. I just wanted more time.”

“With one news person on staff it can get pretty crazy, Deanna was a Godsend and tackled everything that I threw her way,” Atkison added. “She conducted an interview with the Alzheimers Association and broke a story about an effective new treatment for the disease. I know that was the story that I received the most feedback from… Deanna really transformed over the summer and I’m excited to see what she accomplishes in her career.”

Following the panel of interns, the new slate for OPA board members was announced, which included Mail editor Shelby Atkison serving a three-year term.

“I’m excited to serve on the board of the Ozark Press Association and I can’t thank them enough for valuing my work as a journalist,” she said. “I can’t wait to learn from and further network with these professionals over the next three years.”