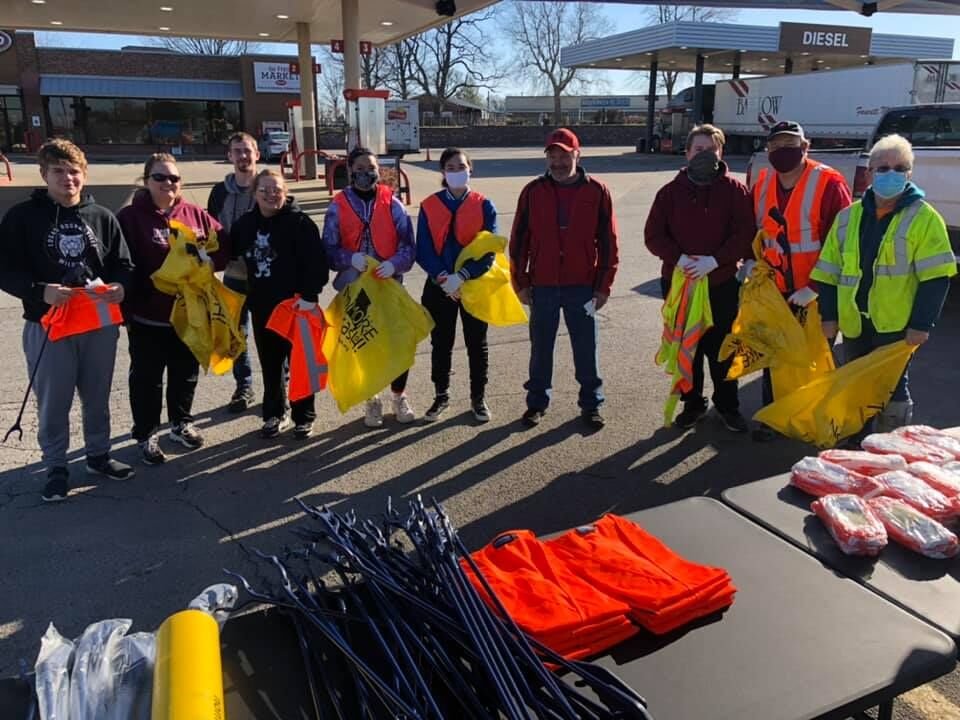 A few of the early bird citizens ready to start cleaning up Rogersville with their reflective safety vests, trash pickers, gloves and bags. 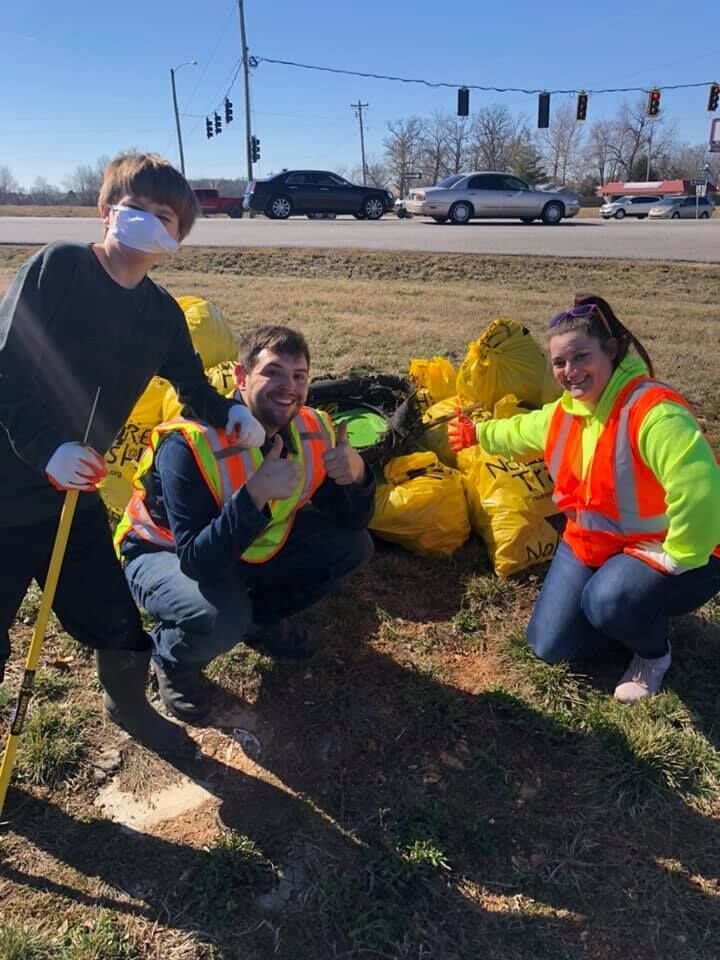 Fill ‘em up! As folks filled their bags, they placed them along the highway in piles so that MoDOT could efficiently pick them up and take the trash out of Rogersville later in the day. 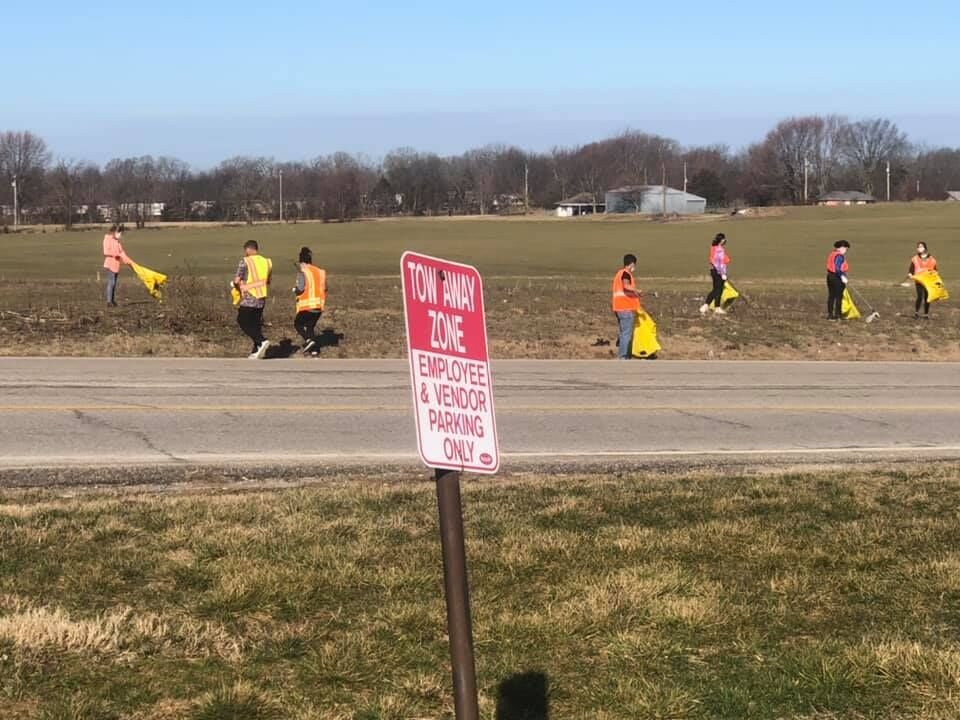 Logan-Rogersville community members donate an hour of their time Saturday, March 6 to clean up the trash littered throughout their town.

Previous Next
Posted Thursday, March 11, 2021 3:50 am
By Shelby Atkison shelbya@marshfieldmail.com

Rogersville residents came together at 9 a.m. Saturday, March 6 for an hour-long, spur-of-the-moment clean up. While some of the trash bags, pickers, gloves and safety vests were donated, the effort was 100% community led.

“I was driving home and notice how much trash was laying around and decided somebody needed to do something about it,” said Ben Hunt, who spearheaded the event. “I posted it on Facebook and it went from there.”

The group responded overwhelmingly to the posts, especially when Hunt purchased 50 grabbers and trash bags out of his own pocket to kickstart the volunteer effort. Ultimately, MoDOT stepped in to help provide 120 trash bags, 50 gloves, 20 safety vests and 50 pickers as well as water bottles to keep volunteers hydrated.

Over a hundred people showed up for the short event, utilizing every trash bag available. The volunteers picked up everything they could safely reach near the highways and roads in town, leaving their yellow MoDOT bags on the sides of the highway for MoDOT to pick up at a later time.

“I really did not expect people to show up the way they did, but it was awesome and due to the response we’re actually having another pickup next weekend,” he said. “Post Game Pizza has gotten involved and will be giving away a free medium pizza to anyone in our community who comes out to help pick up trash.”

Those interested in joining the community clean up should meet at Post Game Pizza in Rogersville at 9 a.m. for supplies and instruction. Those planning to come are encouraged to wear bright clothing, bring a bucket for easy picking and to never touch anything potentially dangerous, such as needles, broken glass etc. For more information, search for the “Rogersville Residents” group on Facebook.