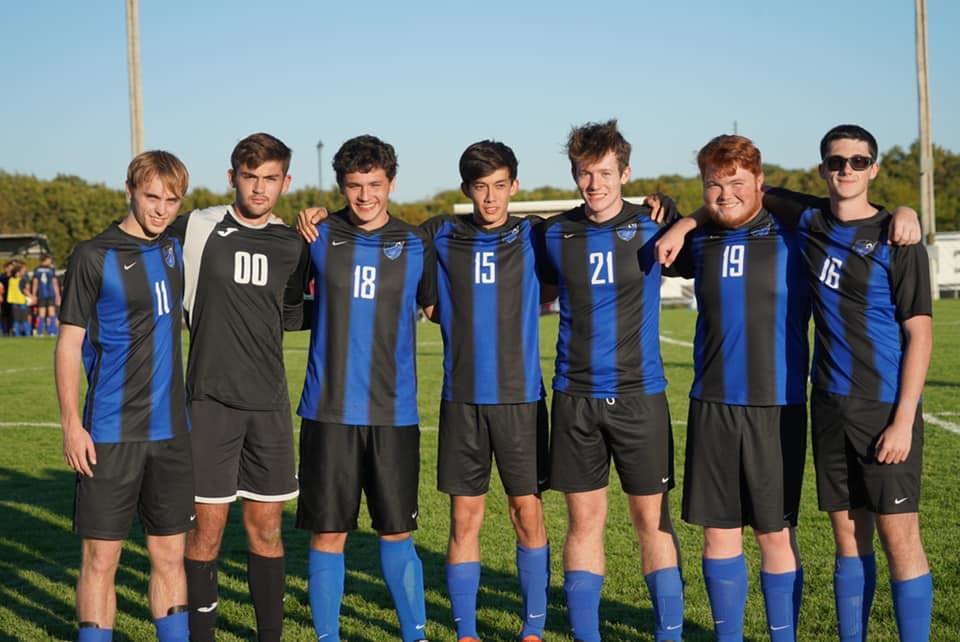 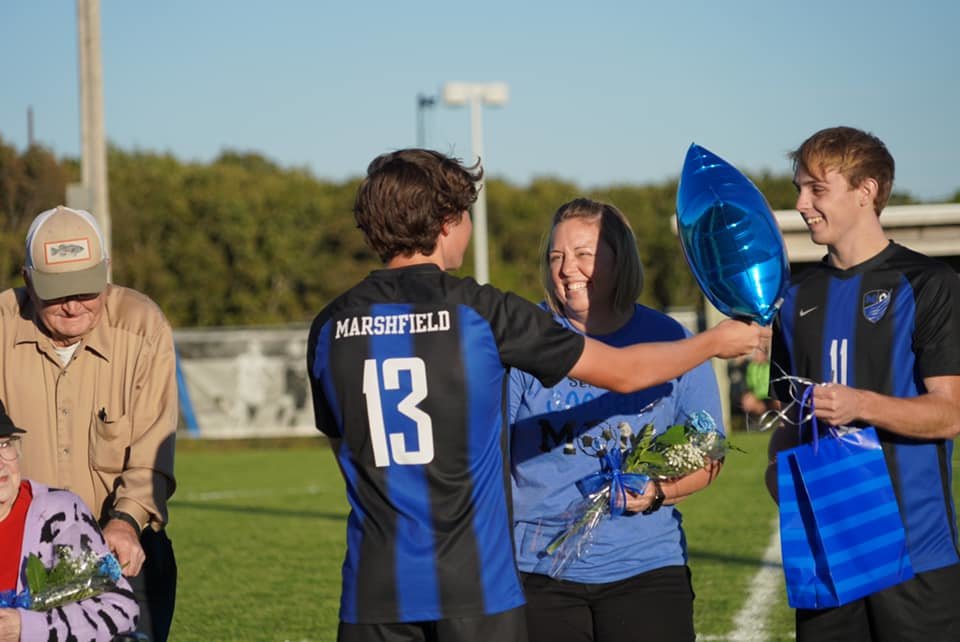 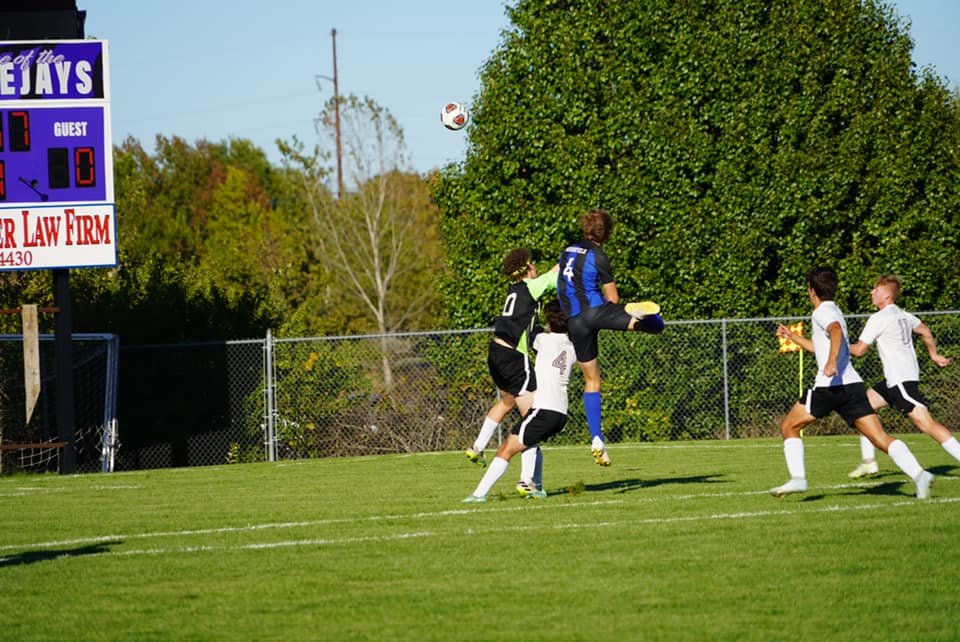 Marshfield High School varsity soccer defeated Crocker on Tuesday Oct. 19, marking their last at home game of the season. The Jays are currently 11-10 on the season with two more  games to play before districts begin.

The night before, Oct. 18, the team had just lost to College Heights 2-3 in penalty kicks, so the game against Crocker began with a slow start.

Asher Adams, junior, picked up the pace for the team by getting Marshfield on the board in the last ten minutes of the first half. Scoring a direct corner kick, Adams allowed Marshfield to take the lead 1-0.

Just a few moments afterwards Adams found Connor Bixler, junior, and passed to him. Bixler then was able to break through Crocker’s defensive allowing him to score making the score 2-0. Through the first half, the Bluejays defense held strong. Not allowing any one to score Marshfield went into half time being the only ones on the score board with a two point lead.

“I’m proud of our defense and the fact that they kept Crocker from scoring while we tried to find our rhythm on the offensive end.” Coach Tom Searson said.

In fact in the second half the Jays stepped onto the field with more rhythm. Communication seemed to be better between the Jays, allowing early goals to be scored to start the half.

Marshfield junior Kelby Hyder was able to score a goal early on with an assist from Bixler. The Jays took a 2-0 lead and turned it into a 3-0 lead without wasting any time.

About thirty minutes into the second half, the Jays were able to score again. Bixler lined up for a penalty kick, making the goal and turning the score into 4-0. With almost 10 minutes left in the game, Crocker was unable to get on the scoreboard due to Marshfield’s defense.

After two more preseason games in Lebanon on Oct. 25 and Dixon on Oct. 28, the Bluejays will begin their district play. Their first district game will be against Springfield Catholic High School (14-5).

“Right now, we are trying to focus on our organization and communication in practices,” Searson added. “We have Catholic for our first round in districts so we are looking into what changes we need to make to prepare for a powerhouse like Catholic.  We will be using the next couple of games to try out a few things and see where we are defensively. “

“Lebanon and Dixon both have some dangerous players that will test our defense so those will be good opponents to help us prepare for districts,” he said. “We've had a good 2nd half of the season and  I'm hoping that momentum will continue through this week and ultimately have us ready for districts.”

District play will begin for the Jays on Oct. 30 at 6:00p.m at Glendale High School.