Homesteading event planned in Marshfield to focus on self-reliance

As droves of people are moving to the Ozarks to find their little piece of heaven, there comes with it a need for education about living on a farm.

The Ozarks Homesteading Expo, to be held August 27-29 at the Webster County Fairgrounds in Marshfield aims to "educate, demonstrate, and provide resources for homesteaders to become self-reliant, no matter their skill level,” according to Cheryl Franklin, organizer of the event.

While the word 'homesteading' is the new trendy buzzword, the concept is not new to generations of rural folks in the Ozarks.

"Everyone has a story about how they watched or helped their grandmother make lye soap, or bake bread or pluck a chicken," Franklin said. "We want those stories to be ours, not something that used to be done."

The last year and a half made people more aware that they need to be equipped with the knowledge to provide their own food, Franklin said.

"Whether that is growing a garden, bartering with a neighbor, or raising chickens or livestock for meat, we need to be in a place where when the grocery shelves are empty, we are not affected," Franklin said.

The Ozarks Homesteading Expo organizers are bringing in experts from all over the Ozarks to help people become more self-reliant.

"My goals was to assemble as many experts as I could that live and work in the Ozarks," Franklin said. "We have a deep heritage of rural living here and some of the best authorities on a number of important subjects.:

Beekeeping, foraging for edible plants, gardening, raising and processing poultry, planting an orchard, making cheese and bread, medicinal herbs, homestead solar, milling lumber, blacksmithing, and soapmaking are just some of the more than 30 sessions that will be going on in the two days of the event.

"There will be four sessions going on almost every hour so there is a lot of information taking place," she said.

"I am excited to have some presenters with pretty popular YouTube Channels," she said. "These folks are being self-sufficient on their homesteads with thousands of people watching," Franklin said. "Kevin and Sara with Living Traditions moved to the Ozarks a few years back and take have taken their viewers along with them on the learning journey," she said.

Zac Bauer of An American Homestead, who lives off-grid in the Ozark Mountains, has a huge following of people who watch his skills on prepping for uncertain or cataclysmic times," she said. There are several others that will be presenting, as well.

In addition to the expert speakers and demonstrations, the event will feature many vendors that can supply resources to people for their homesteads.

"All of our vendors will be selling products or services that will be of interest to homesteaders, both urban and rural, some very unique items you can't get anywhere else," Franklin said.

There will be drawings at the event, including one for a Sun Oven, a solar oven valued at over $400.

There will also be a few food trucks on hand during the event, as well. The gates open at 7 a.m for ticket sales, the vendors open at 8 a.m. and the sessions start at 9 a.m.

Advanced tickets are being sold through August 13 on the website, after that date people will have to secure tickets at the gate.

Halloween comedy show free for all boo-ys and ghouls. 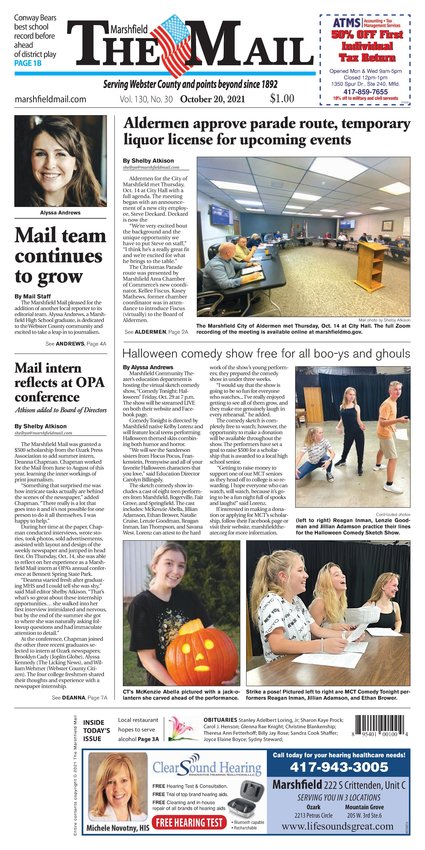