Historical church purchased, to be repurposed 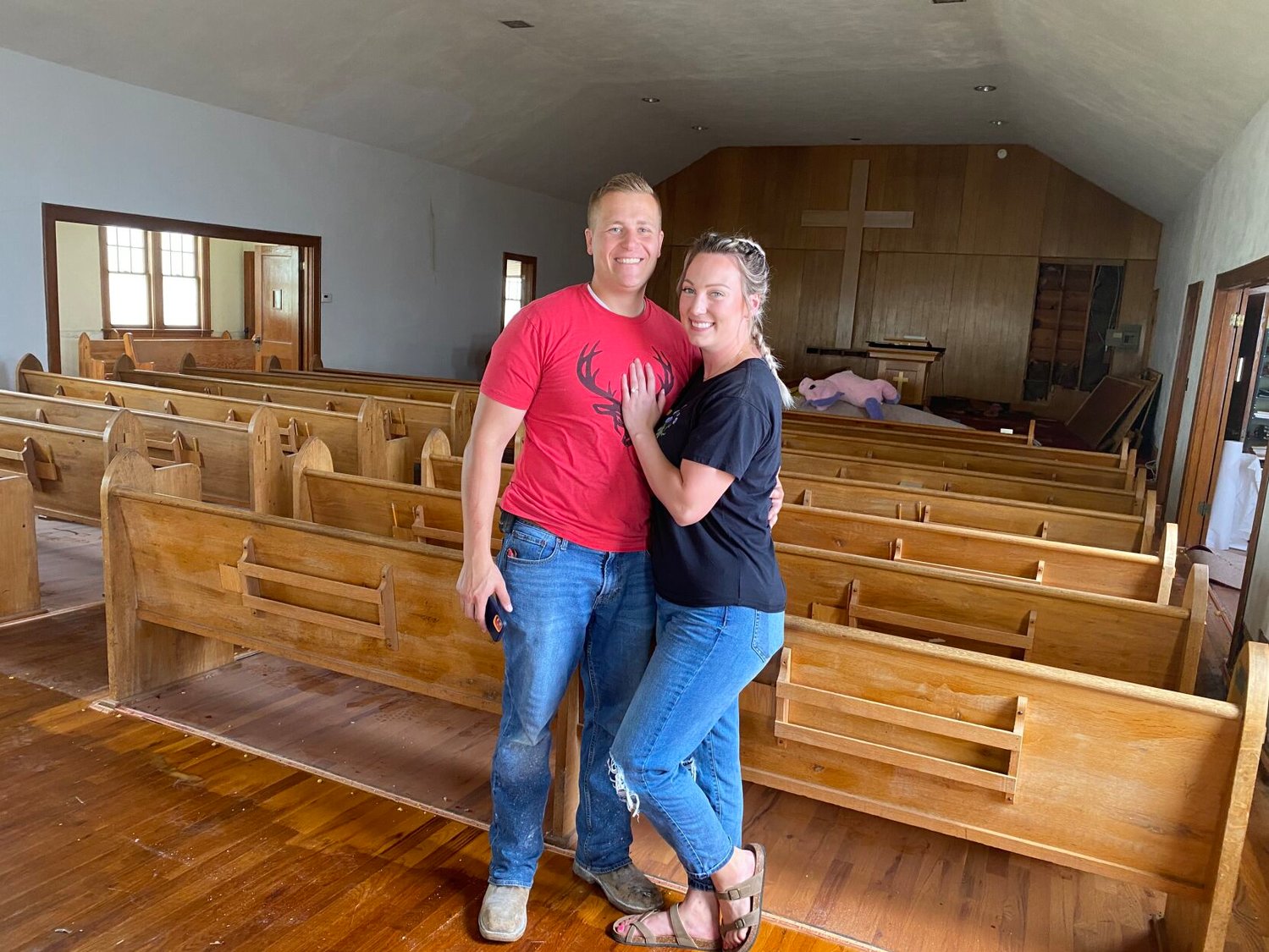 Josh Morley (left) and Danae Wheeler (right) pictured in the sanctuary of their new home.  The couple plans to leave the sanctuary as a sanctuary space which will double as a formal living room. Sharing the upper level of the home will be the kids’ bedrooms and a master bedroom with a bathroom. 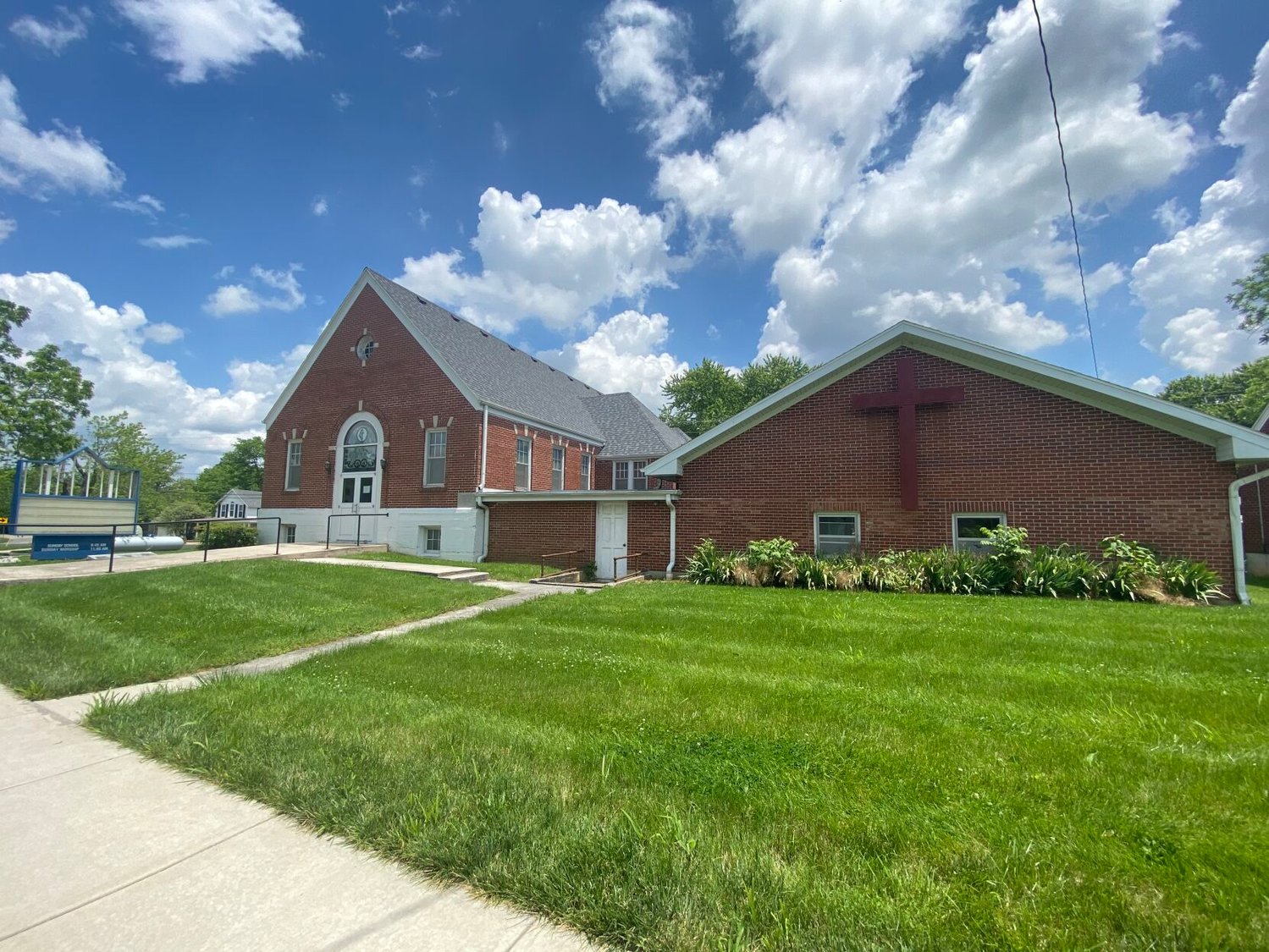 The Rogersville United Methodist Church was a community staple for nearly a century prior to its closing in Jan. 2019. Now, the building has been purchased and its new owners report big plans for the structure. 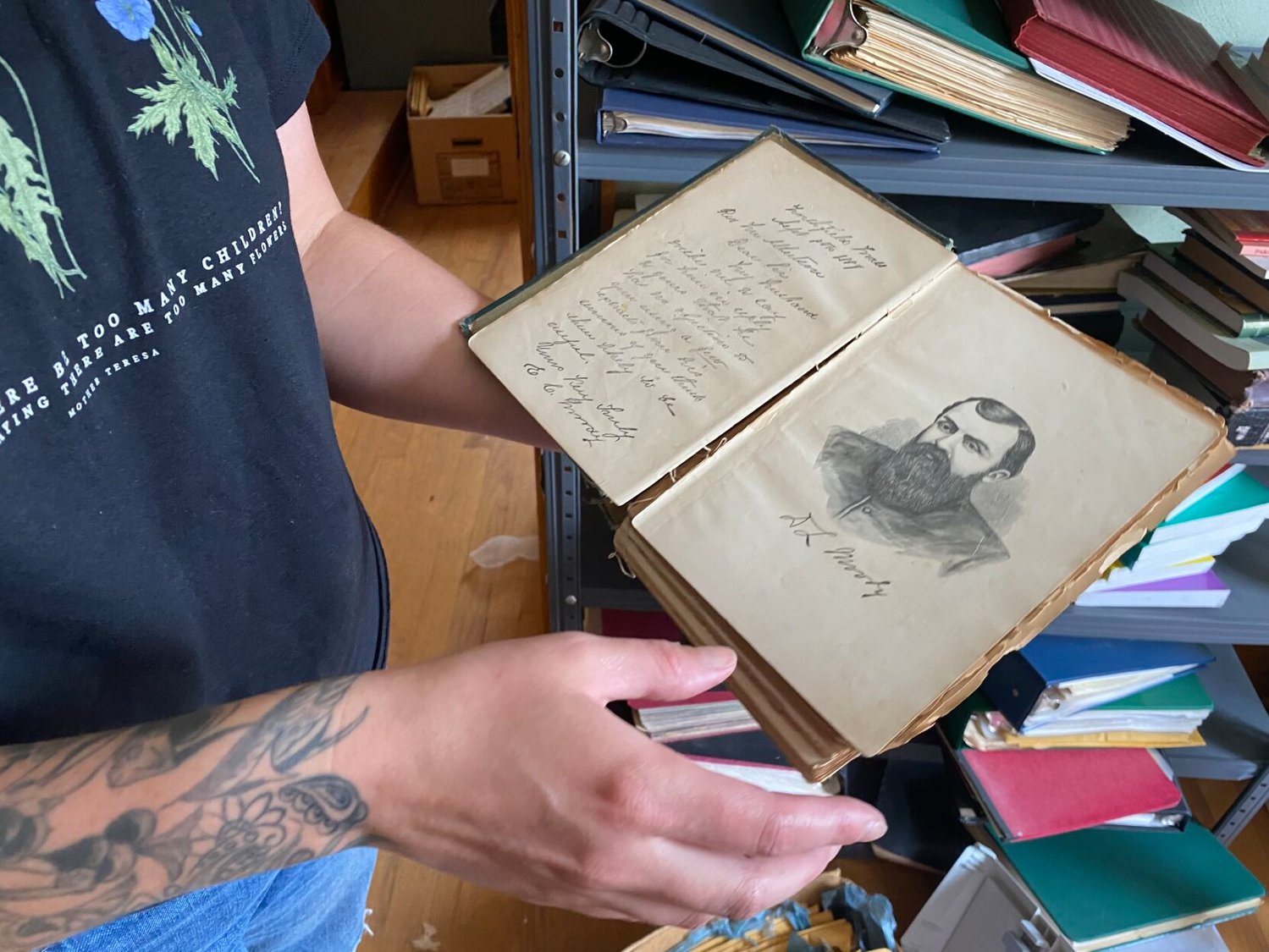 Among the shelves of forgotten history, Wheeler shares an incerpt from a hymnal dated 1900, 12 years prior to the construction of the building. 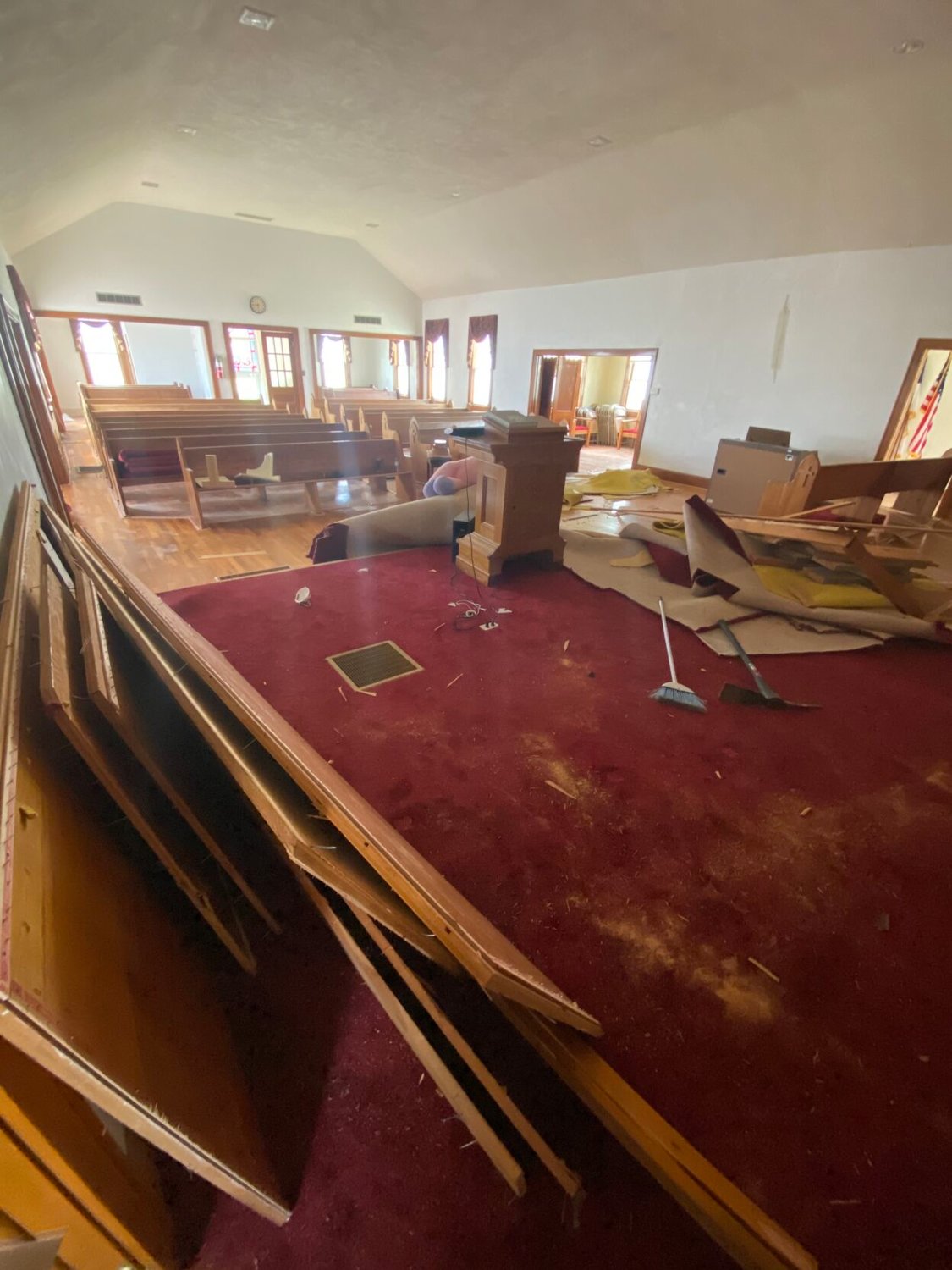 Remodeling has begun, but the couple said they have a long way to go before the home project is complete.

Previous Next
Posted Tuesday, June 15, 2021 6:05 am
By Shelby Atkison shelbya@marshfieldmail.com

The Rogersville United Methodist Church hosted its final congregation in January of 2019. The historic building was constructed in 1912 and established as the United Methodist church in 1936. The church was listed for sale ever since, until this month. New owners Joshua Morley and Danae Wheeler have begun the initial stages of remodeling and shared their plans for the structure.

“We closed on Friday [June 4] and there are so many surprises already,” said Wheeler. “Everywhere you look, you’re finding little pieces of history.”

The pair are working to remodel the church into a home for their family. Their plans are to complete the kitchen, living area and bathroom in the lower level of the church, which they’ll occupy until the remaining rooms are finished.

According to the couple, remodeling a commercial building wasn’t something they were looking to do when it came to finding their first home, but divine intervention said otherwise. Morley said he had a friend who lived in Rogersville and it was a general rule for him that if he were to ever move to Missouri – it’d be Rogersville. The couple had been in a two-year, long-distance relationship prior to the purchase of their new home, with Wheeler residing in Missouri while Morley was in Utah.

“We started getting into the market and sold his place, obviously that’s a nightmare right now,” explained Wheeler. “We have some friends who told us about the church but it had water damage and termites and I immediately said no… the picture in my mind was getting worse and worse and worse,” she said. “But then within 30 minutes we were looking at it.”

“I was working in Utah at the time and I felt a small voice saying you need to take three weeks off work and go visit her and the kids so I go with it and flew out here,” Morley said. “In that time this church had dropped in price from the million dollars the were asking for to $190,000 in that same week. That’s the precise time we were looking for a house so it all worked out.”

About two months after their initial offer, they received word that it was accepted. As for the historical significance of the building, the pair has plans to pay homage to that history within their home.

“We have ledgers, journal and pictures and we’ll have a monument space in the house eventually so we can keep all of that together… This is a historical building, this is something that people have spent their lives creating memories at,” said Wheeler. “It’s not just some place we’re gutting to get rid of history, we want to continue to let people share their stories and share pictures with us. If you see us out here working, stop by and say hello.”

Farmers to Families in Webster County