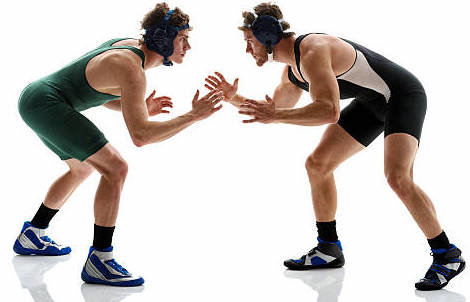 Basketball is one of many things hitting the floors this winter. In addition, high school wrestling will be joining in the season. Marshfield Mail reached out to the coaches in Webster County to get a sneak peek before the players hit the mats.

Holt: Our goals for the season are to continue to be one of the best wrestling programs in Southwest Missouri but also have a 70% Win Percentage in Duals, At least 1 Tournament Championship, and Qualify 5 Boys for the State Tournament

Wright: We have several goals in mind. They include: having a team GPA average of 3.0, winning 75% of our last matches in tournaments, Having 20 girls on the active roster, Winning the Big 8 conference, Placing top 3 as a team in all tournaments we enter, and finally, Placing multiple girls at State.

Holt: I am looking forward to seeing how fast our Junior Class can mature as they move from the JV to the Varsity this season

Wright: I am most excited about watching the girls compete and grow and mature as both wrestlers and people.

What do you enjoy most about coaching?

Holt: What I enjoy most about coaching is building relationships with the kids and helping them to achieve their goals. Nothing is better than being there when they do accomplish those goals.

Wright: What I enjoy most about coaching is having the opportunity to positively impact athletes daily. Watching them grow and achieve their goals brings me the most joy.

Who are some players to look out for, and why?

MJ Grits (JR) / 30-12 / QUICK / State Qualifier / Great Leader / Last season started the year as a part-time starter, then not only took the varsity spot but went on to qualify for State.

Tanner Davidson (SO) / 41-10 / State Medalist 6th Place / Great Leader / He wrestles with a chip on his shoulder / He is aggressive and mean / Fun to have on your team.

Tyce Jones (SO) / 31-11 combination of Varsity and JV / Won multiple JV tournaments and medaled. Multiple Varsity Tournaments / He is a brilliant kid and a phenomenal athlete / As a Freshman, he practiced with our Seniors every day.

Mason Mellington (SR) / 11-5 / took a few years off from wrestling before last season but started to get into a groove end of last season and into this summer.

Matthew Brooks (JR) / 20-10 combination of Varsity and JV / 3rd Brooks boy to wrestle for me other (Brady was an SQ / Klayton wrestled for Drury) / He is a very knowledgeable wrestler and has the potential to be the best of all 3 (I am sure his brothers will make him prove that on the mat at Mom and Dad’s house) / He won every JV tournament he wrestled in last year.

Eli Reynold (JR) / 16-4 / Has been in and out of the varsity lineup during his first two years of HS / He has been successful every time he has stepped into varsity / Was a Big 8 medalist as a Freshman.

Levi Fuller (JR) / 13-11 / Was a full-time starter as a Freshman / found himself behind some seniors last season. Still, I expect he will again find a spot in the lineup this year.

Wright: Macie James - SR  125, Qualified for State in 20-21, placed top 8 in the Wonder Woman tournament last year,  was one match away from State in a very tough 135 weight class. She has put a lot of time on the mat and the weight room during the off-season. She is solid on her feet and a hammer when she gets on top. She has worked hard to improve on the bottom, and I expect to see that work pay off this upcoming season. She is currently being recruited by Algoma University, Quincy University, University of Jamestown, Friends University, and Waldorf University.

Trinity Lesser -Jr 155- Qualified for State as a freshman and had a dominant 40-9 record last season. Trinity is a great wrestler on her feet and is a gifted technical wrestler. She had a great offseason, and I expect her to keep improving and be a team leader this season.

Izzy Whitlock -Jr 170 - Izzy was injured as a freshman but had a great sophomore year with a 42-10 record and was one match away from qualifying for State.   Izzy has good hips and has a great throw from her feet. We look forward to her improving on the mat this season and expect her to make a name for herself.

Camryn Elliott- Jr 145- Camryn has been a great leader in our program for the last two years.   She is a good athlete and a hard worker. She has several years of experience on the mat, and we expect her to continue to lead our program and turn the corner this season.

Alyx Kiefert - Soph 115- Alyx is a great athlete that had a lot of success last season as a freshman and just missed out on qualifying for State. She ended the year with a 38-17 record and placed in several tournaments. Alyx is a determined athlete, and we expect that determination to pay off this season.

Ariana Mcillwain -Jr 140 - Ariana is a Junior that had a torn ACL her sophomore year. She had a successful freshman season with a 20-16 record. She will open many eyes this season as she gets back on the mat and competes for the first time in two years.

We are excited to see how the season will unfold for these teams. Keep reading the Marshfield Mail as we update you through the season.

Heading to the Mats (Logan-Rogersville)

Runner up at Reeds