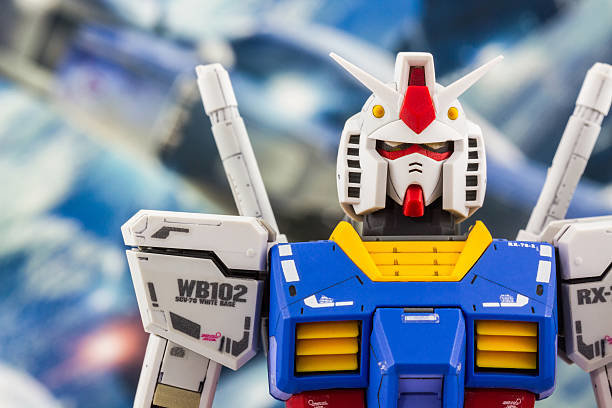 For over 43 years, the Mobile Suit Gundam series has been a mainstay in robot pop culture. Gundam has been featured in anime, manga, model kits, games, and movies. It's been referenced in many shows, music videos, and films. Then in 2019, fans got a new game for their smart devices when Gundam Battle: Gunpla Warfare was launched. Is it a bit of a mouthful, right? The developers noticed and updated it to the current title Gundam Breaker Mobile. Is the game worth your time with all the rich history and knowledge of their previous games? That is what will be talked about today. Here is part one of my review of Gundam Breaker Mobile.

GBM is a 3D battle game where players collect and build Gundams based on the entire franchise. With these Gundams, you can play an original story, compete in challenges, or fight other players. In addition, you can mix and match the Gundam parts to fit the player's needs. Want a Gundam who's got nothing but shields? You got it. Want a Gundam inspired by your favorite superhero? The only thing holding you back is your imagination.

Now there are a few drawbacks to GBM. First, like most mobile games, there are micro-transactions. But it has a shop section you can access. Next is the Grind. See, to make your Gundams stronger, you have to get copies of your Gundam parts to maximize their skills. You may have to draw multiple raffles pulls depending on how rare your parts were. If you're patient, you will eventually get the parts without paying anything. But even if you have the funds, you are still at the mercy of a random number generator, which can be very fickle.

The fighting system is not balanced. It starts as rock, paper, scissors. Then it quickly turns into who has more numbers or the most overpowered moves. Watching the robots fight is fun, but seeing the same move used on me for the fifth time gets old fast. As you can tell, I have a lot to say about this game and will give my verdict next week. Stay tuned!