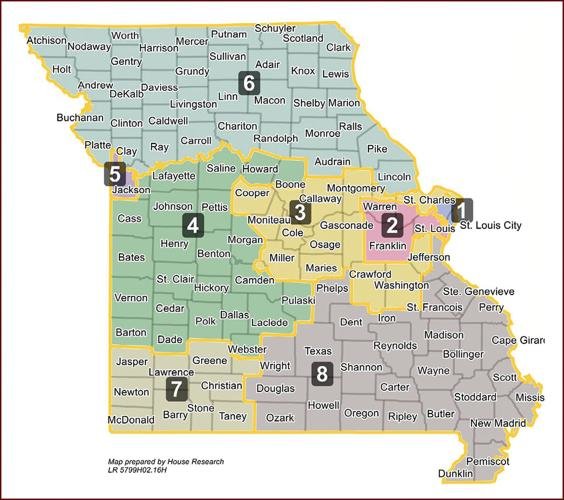 "Today, we signed into law a congressional map that meets our constitutional requirements," Governor Parson said. "This past session, we saw a few individuals' political posturing obstruct key pieces of priority legislation and promote inefficient and ineffective government. It's unfortunate so much time and productivity were lost just to receive a map with the same partisan split that was proposed six months ago. These past months could have been better used by county clerks implementing a new map and preparing for upcoming elections."

HB 2909 contains an emergency clause and went into effect immediately upon Governor Parson's signature. The boundaries created by the law will be used for the 2022 midterm elections to determine Missouri's Congressional Delegation for the 118th Congress of the United States.

For more information on HB 2909 and the congressional map, visit www.house.mo.gov.