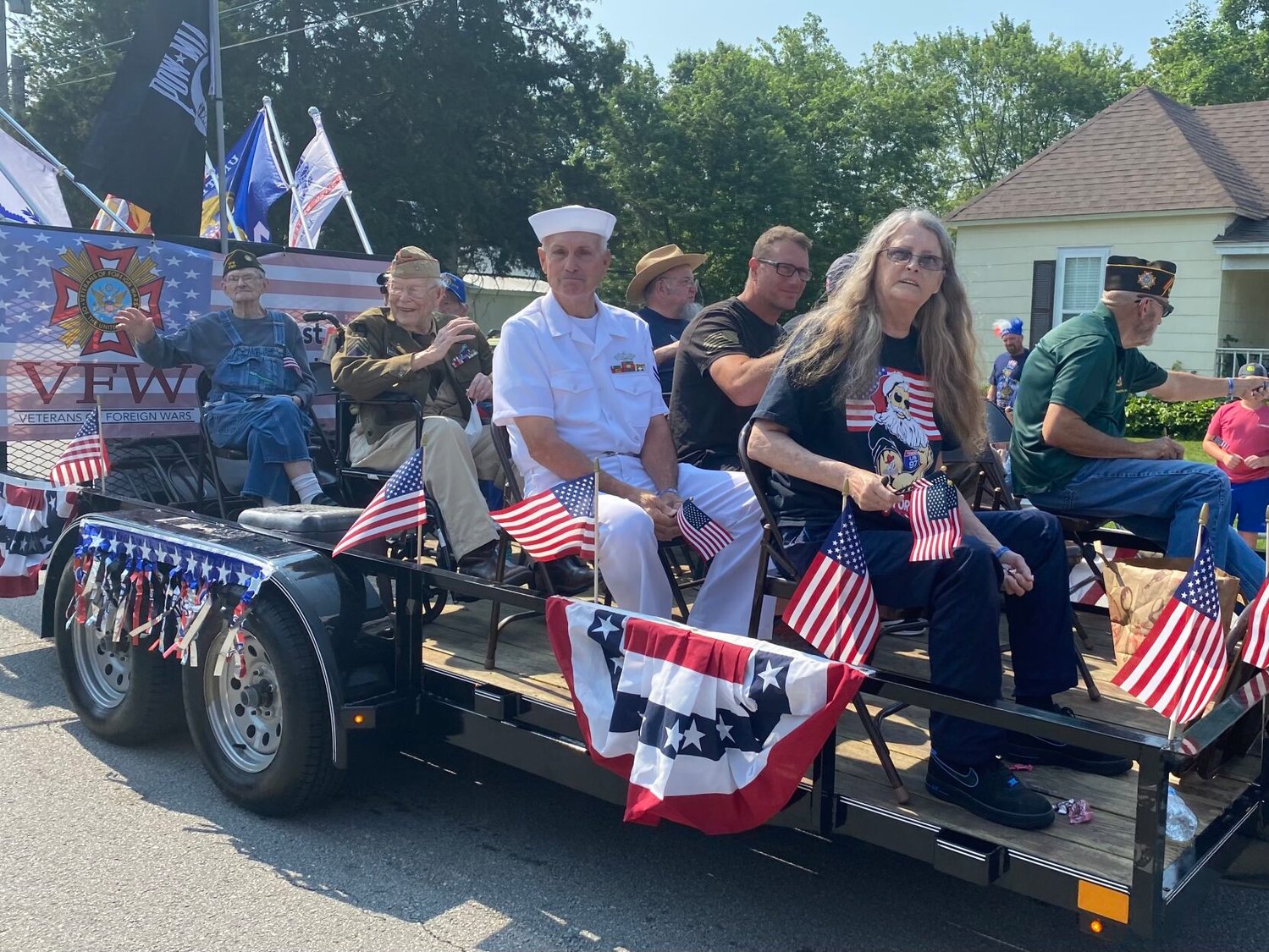 Dr. Tommy McDonnell (second from left) rode the VFW float in this year's 4th of July parade. According to his daughter, Dr. Tommy has only missed three parades since he started riding his bike in the parade at age nine. The ones he missed were two during WWII and one when he had heart surgery. 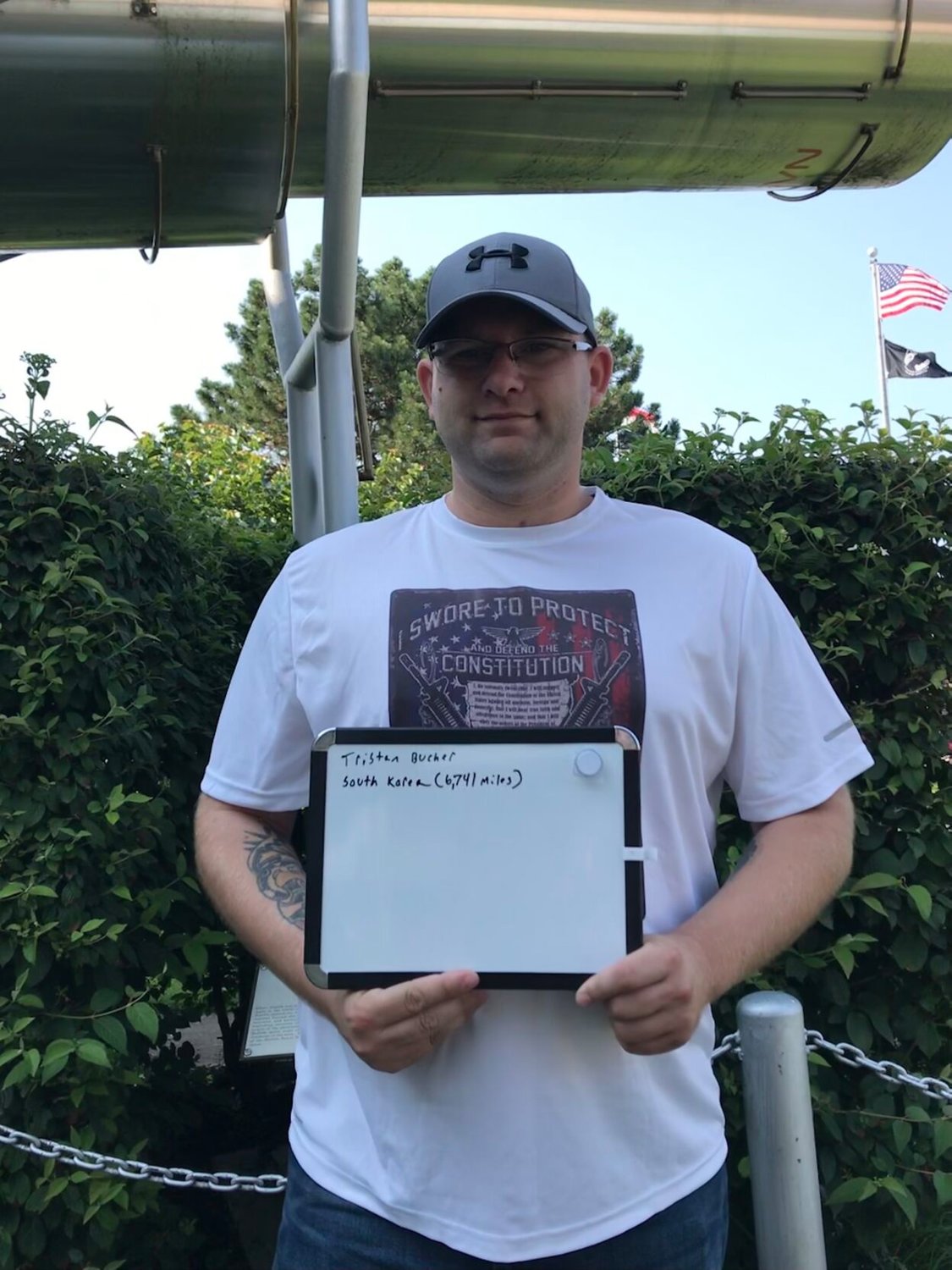 Tristan Bucher, pictured here, was the winner of one of the Marshfield Area Chamber of Commerce's awards for the Webster County Fair. He won the "Traveled the Farthest" Award, from South Korea (6,741 miles). Oldest Attendee went to Dorris Nemo, Youngest Attendee was Nash McCune, and Largest Family went to the Hartwell family. 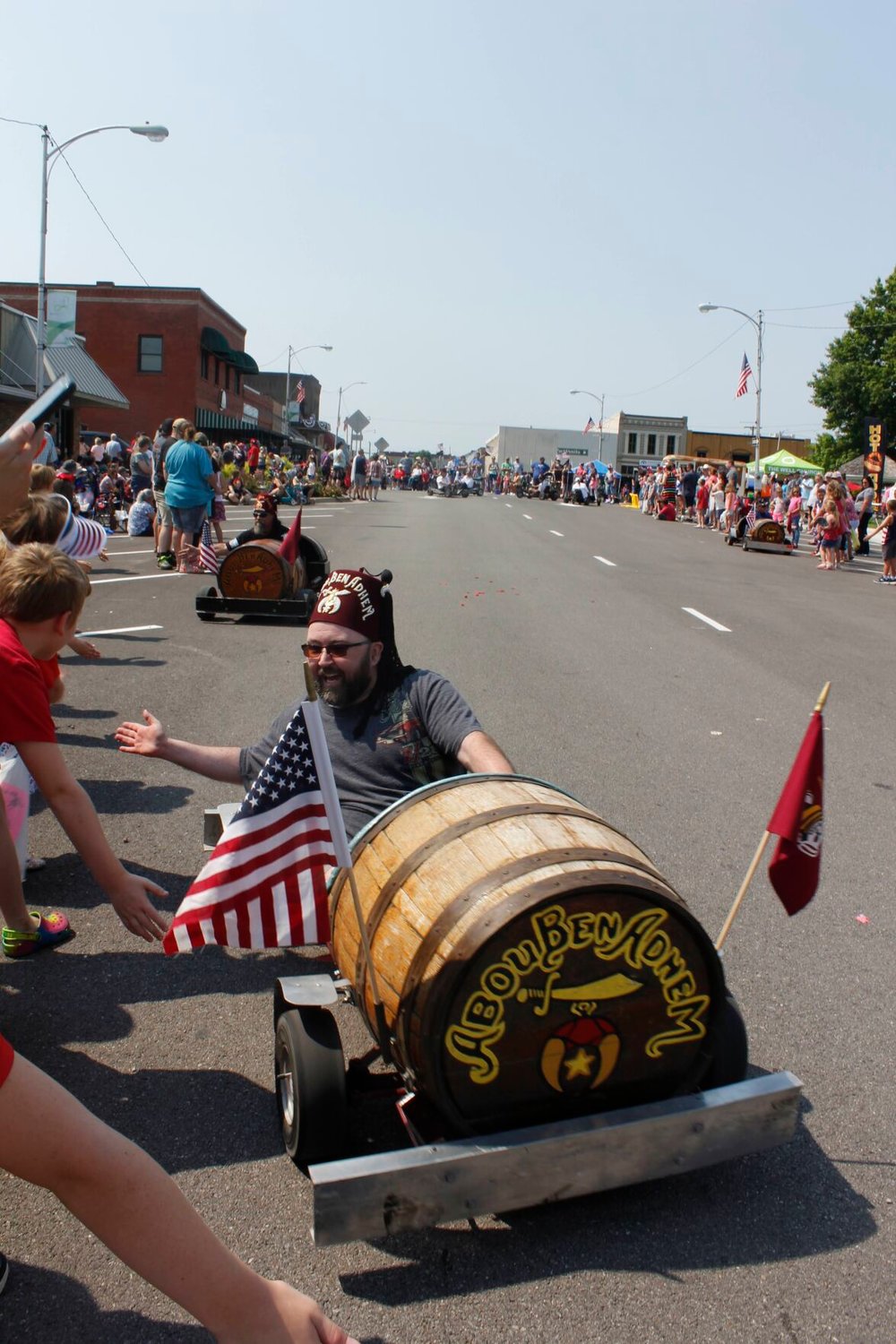 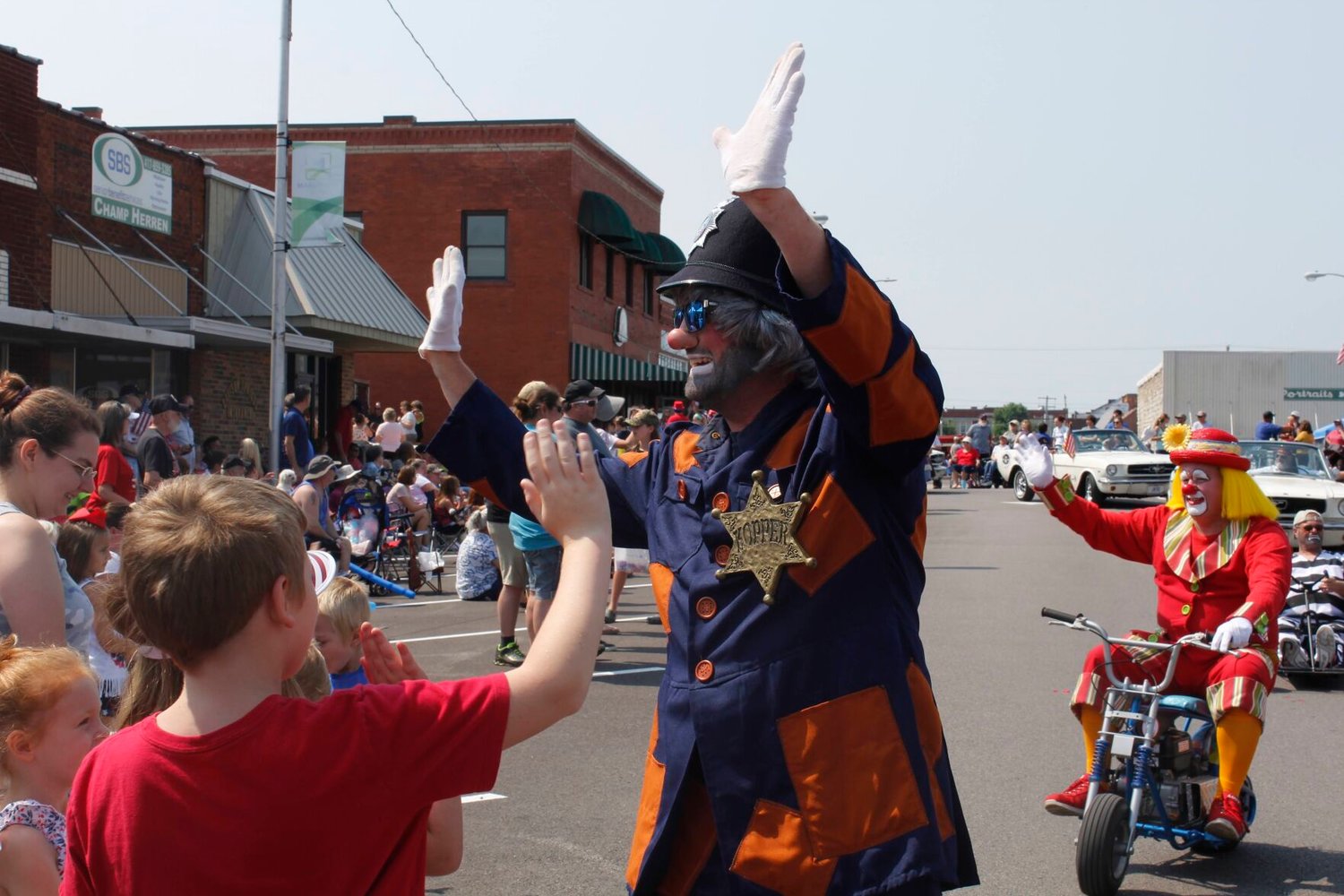 Kids give a wave to Kopper as a clown also greets the crowd in the background. 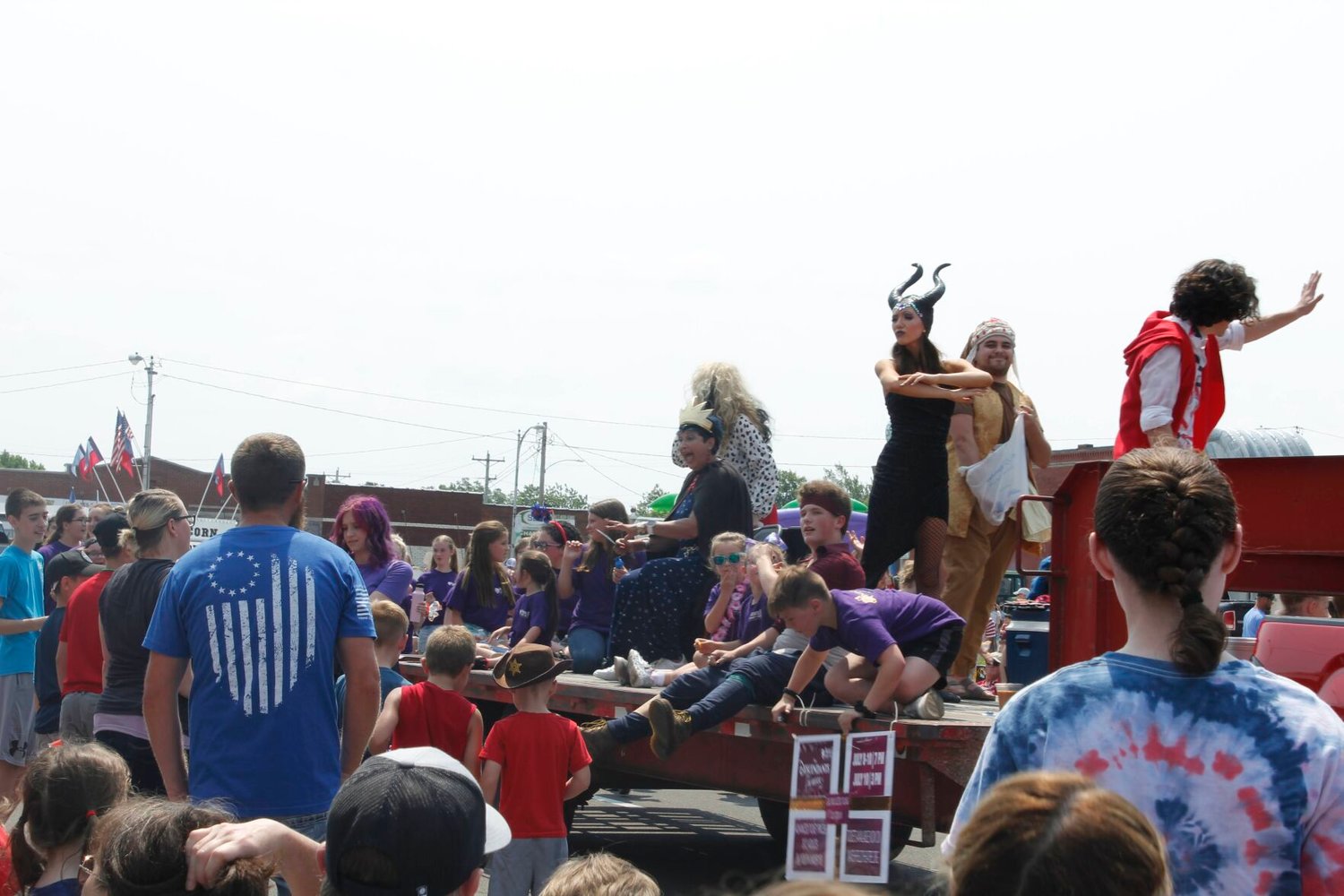 Marshfield Community Theatre shows off some of its attire from its upcoming "Disney's Descendants: The Musical" show. Evening shows will take place July 8-10 at 7 p.m. with a matinee showing scheduled for 3 p.m. on the 10th. 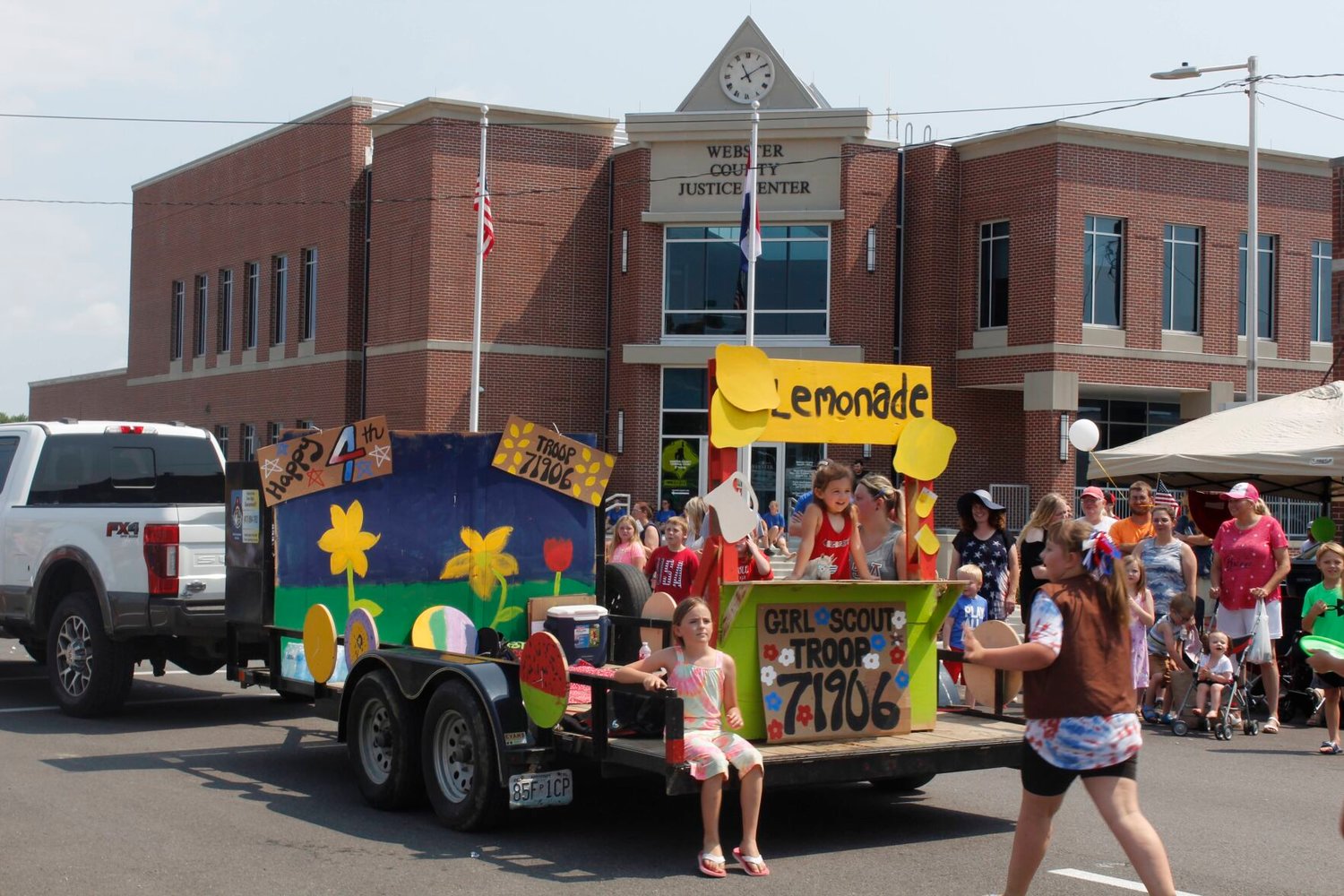 Girl Scout Troop 71906 had the lemonade stand rocking on its float. 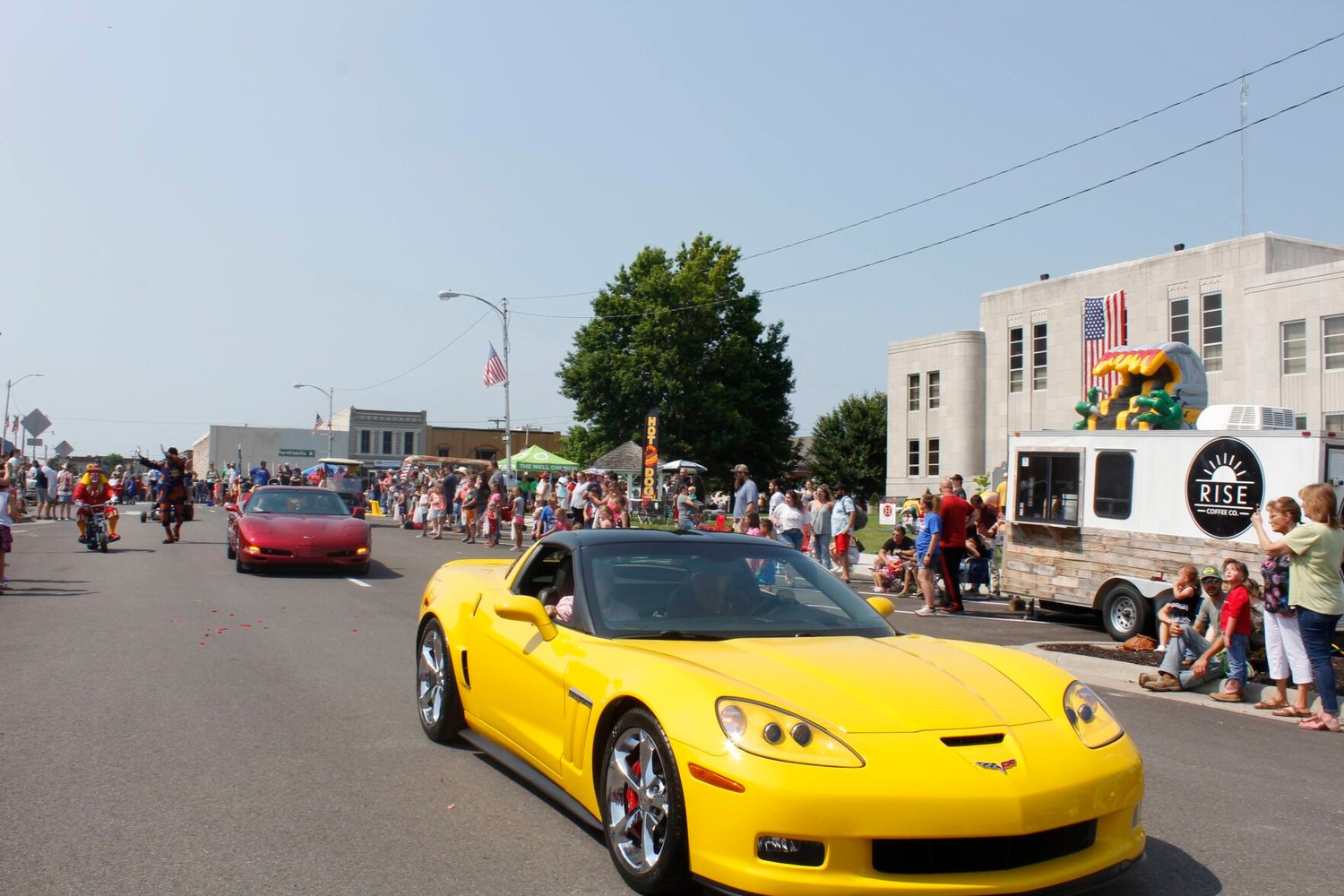 In addition to horses, there was horsepower on the square as cars made their way through the parade route. 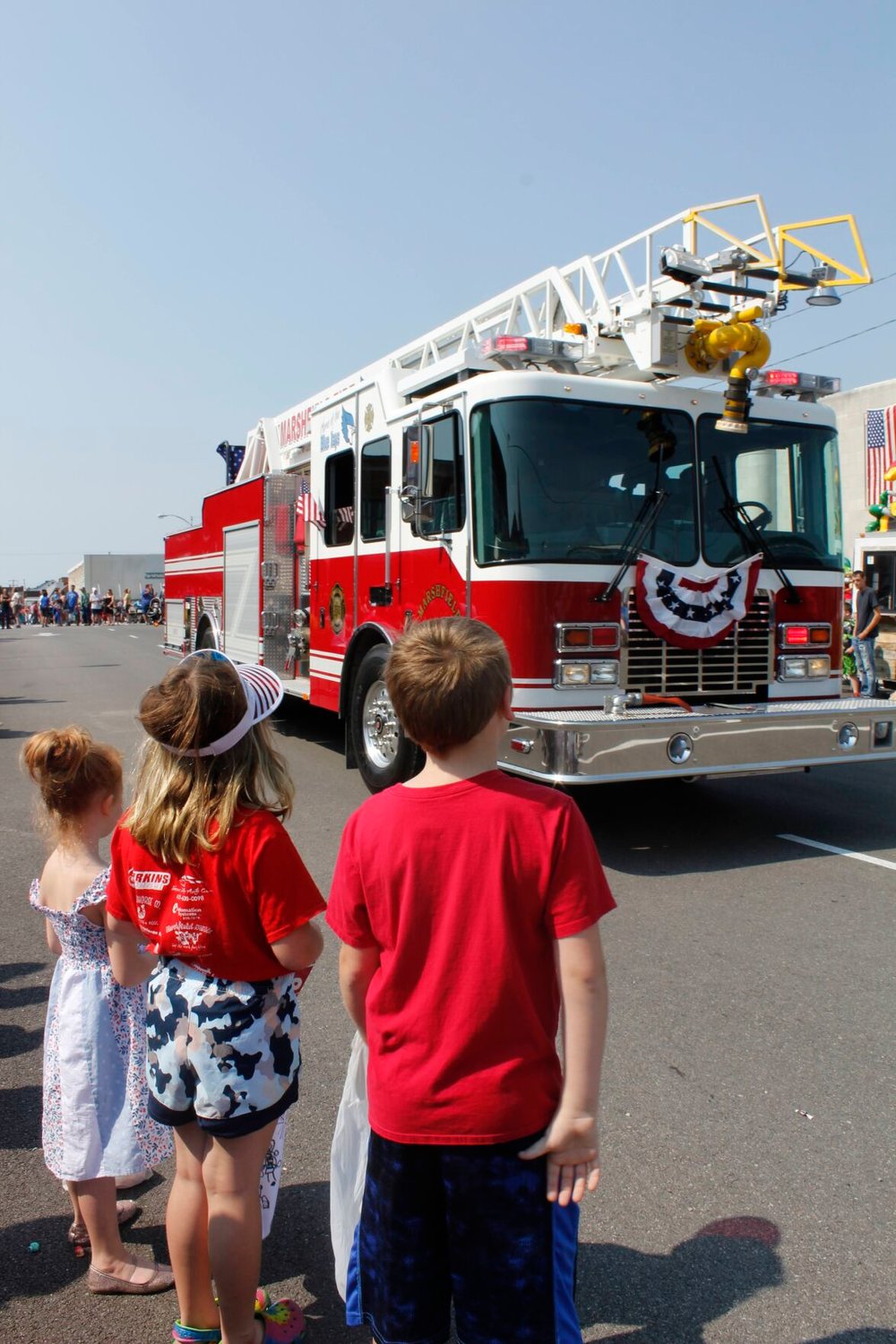 Children watch as a truck from the Marshfield Fire Department makes its way through the square. 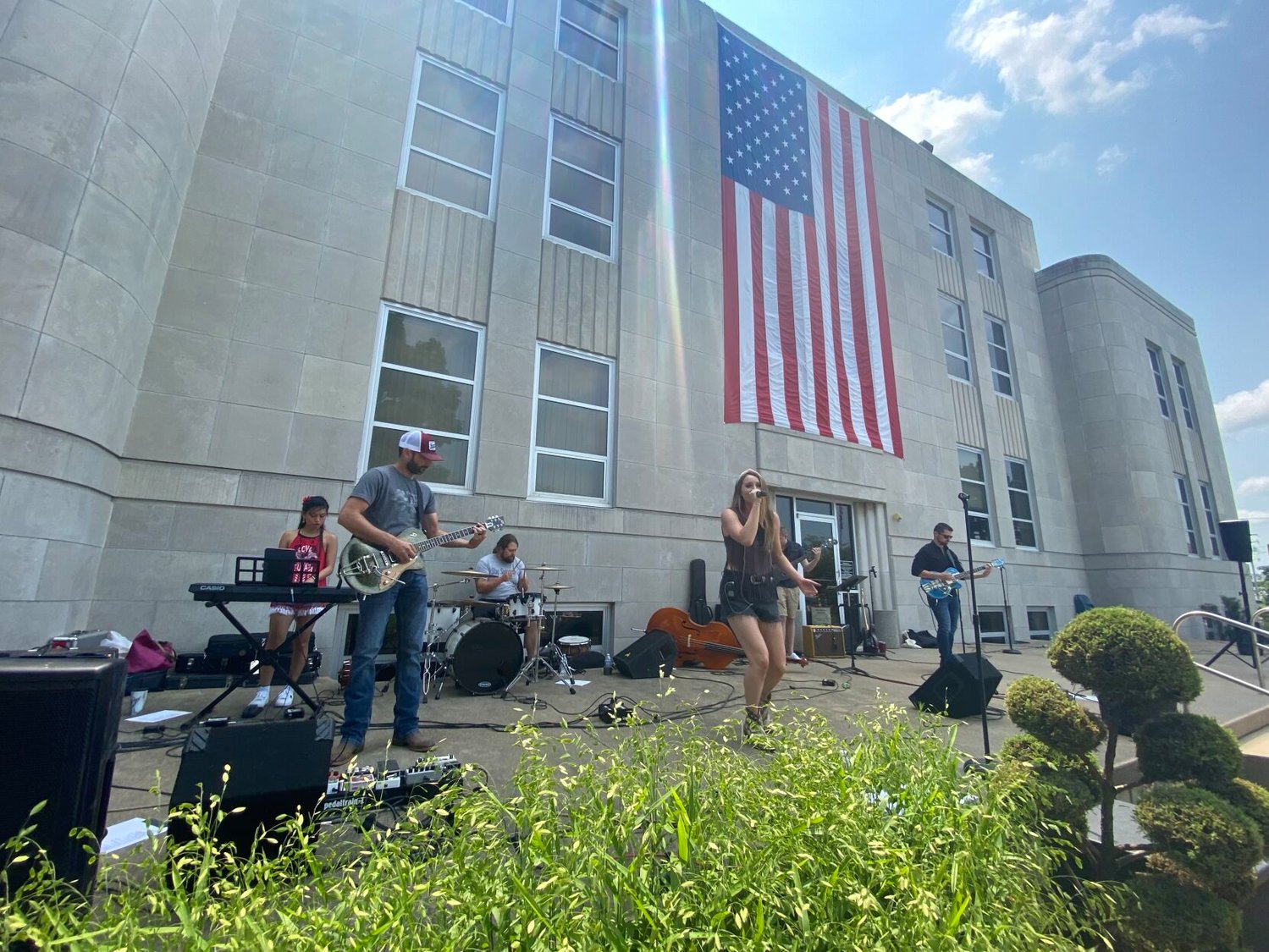 Previous Next
Posted Wednesday, July 7, 2021 4:00 am
Photos by Shelby Atkison and Deanna Chapman

Enjoy a collection of photos from the 142nd Annual Marshfield Independence Day Parade and share familiar faces with your friends and family!