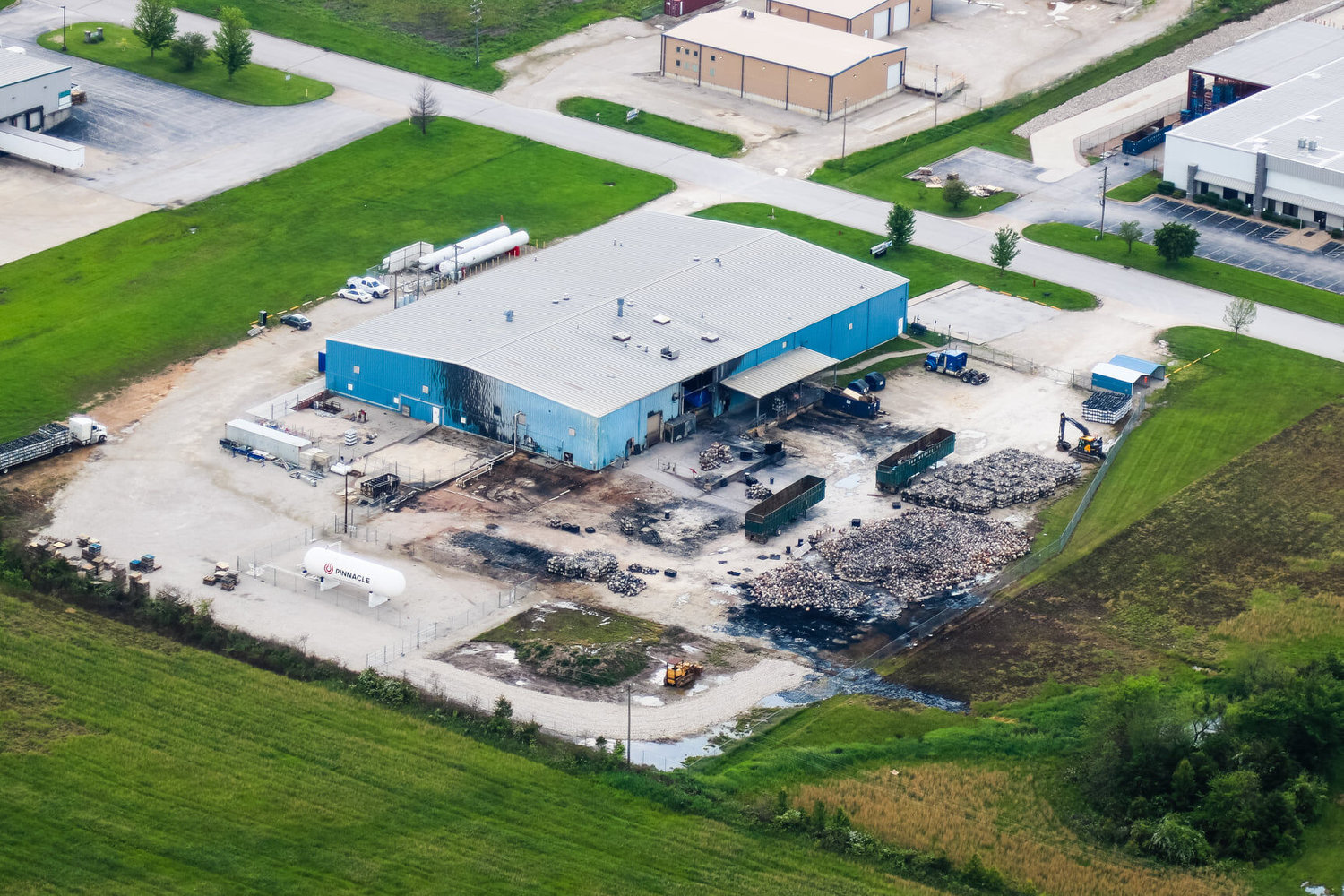 The aftermath of the fire at the Kosan Crisplant/McKeen site on South Prairie Lane. The report details two burned semi-trailers and a a freight vehicle.

Posted Wednesday, May 26, 2021 4:00 am
By Shelby Atkison shelbya@marshfieldmail.com

The documents described details of the initial response. Emergency responders were immediately met by three employees of the plant who said they were working in the outside storage area and dropped a propane tank on the gravel lot, which ignited and started the fire. This led to about 10,000 20-pound propane tanks going airborne to levels of approximately 100 feet and landing throughout the plant, nearby properties and roadways near the plant. One of the employees was complaining of burns on his face and extremities and was seen by EMS before being transported to the hospital. The Marshfield Mail has not received an update on his status.

As part of the suppression efforts, Ladder 1 was used to make an initial aerial attack from their location at Food Ingredient Solutions, just north of the facility, who was reporting shrapnel damage. The attack focused on the tanks and associated hydrocarbon fire created by burning plastic pallets. Due to city water supply insufficiency, tankers were dispatched to support the operations. Ladder 1 was later relocated to the south side of the facility to further protect the large 33,000-gallon tank. Engine 1 assumed position at Food Ingredient Solutions and deployed a ground monitor to continue fire suppression.

According to the report, they did this by flowing AFFF foam on the hydrocarbon fire. At this point, Niangua’s engine was dispatched to enter the storage yard to finish extinguishing the remaining spot fires and extinguish the two semi-trailers. The engine then was assigned the task of conducting the building search.

The crew reported the fire extinguished by the sprinkler system upon it’s breaching the north exterior wall and that the fire extension into the building was minimal.

Final inspection determined a flange union from the 33,000-gallon tank was leaking. With assistance from the Missouri Propane Commission, all valves were turned off and the leak was isolated. The investigation was turned over to the Missouri State Fire Marshall’s office.

The report stated that management was briefed and ordered to provide a 24-hour fire watch until the fire suppression system was restored to operational use.

According to MFD’s initial report, the ignition was categorized as “unintentional.” However, the cause of the fire is still under investigation. Structurally, the building remains usable since the “wet-pipe sprinkler system detected and operated as designed.” Ultimately, one freight road transport vehicle and two semi trailers designed for freight were not involved in ignition, but burned.