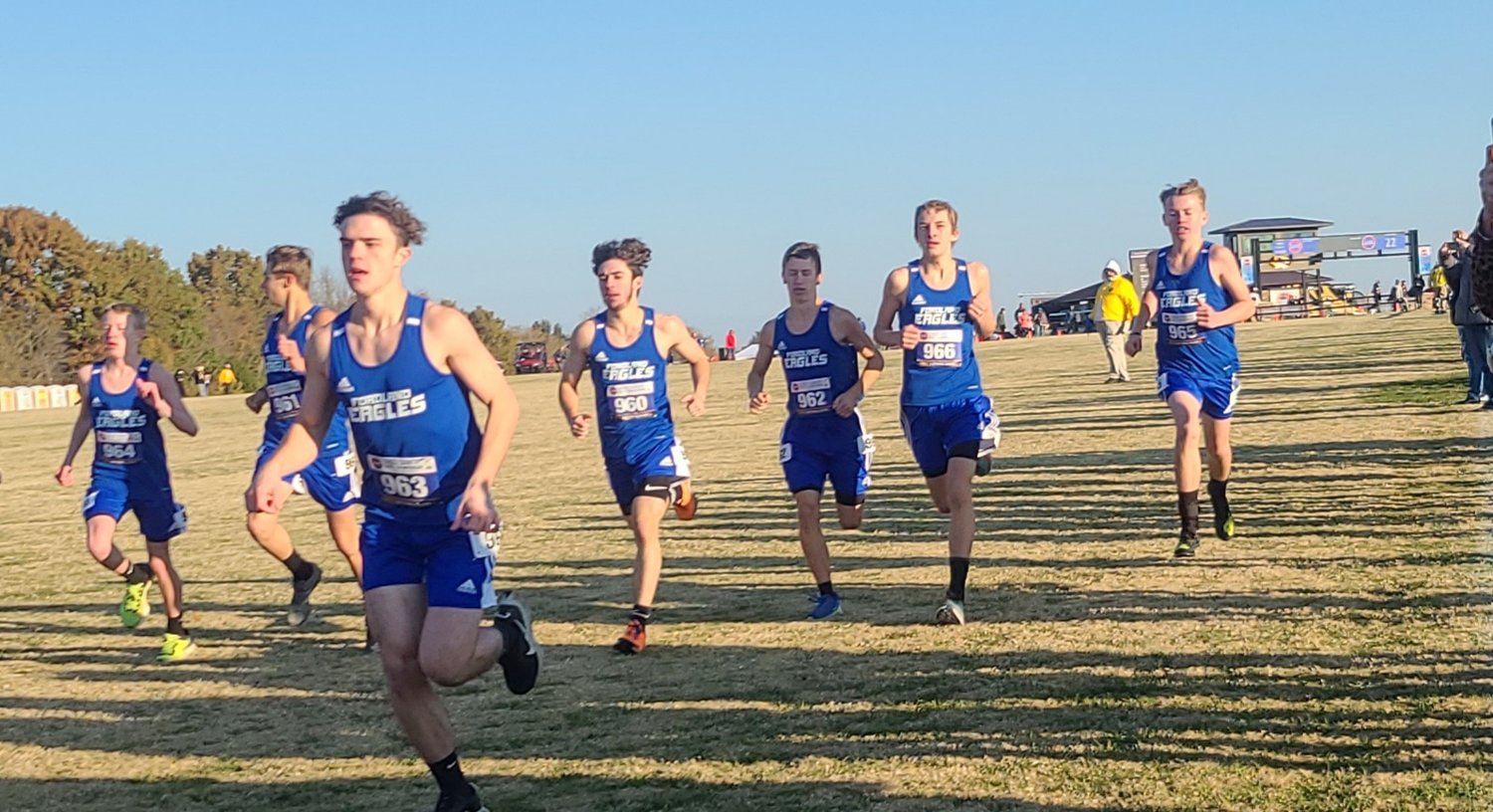 Fordland boys cross country team competing in the state tournament. The boys team ended with a total time of 1:35:37.
Photo by Becky Haynes 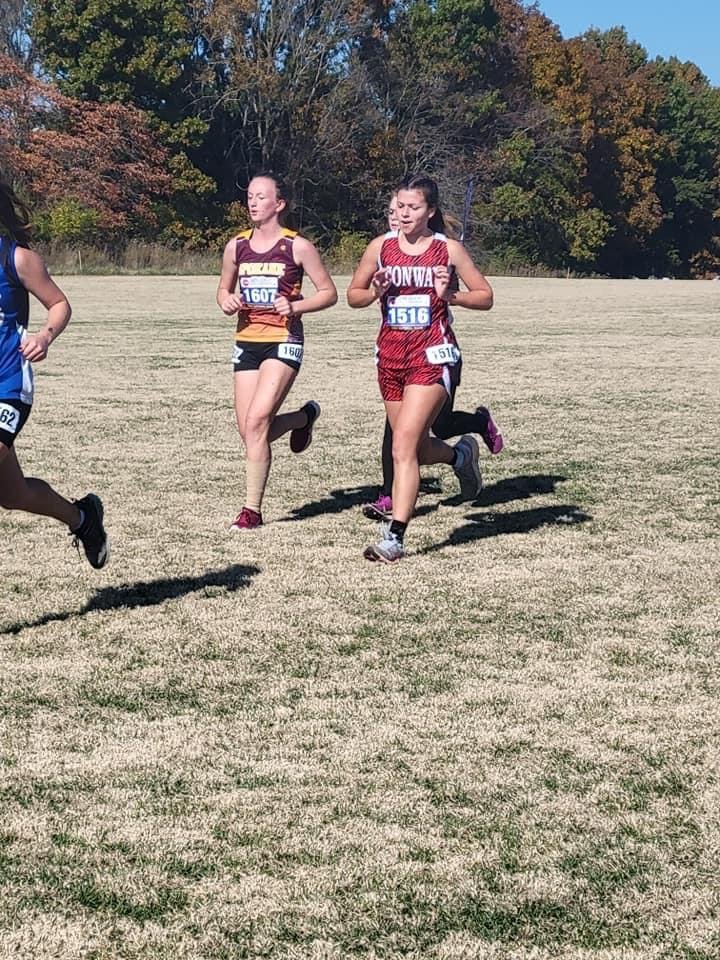 Gracie Vestal represents Conway as she runs in the tournament. Vestal has had eight finishes in the top ten this season with five finishes in the top five.
Photo by Andrew Lowery
Previous Next
Posted Wednesday, November 10, 2021 8:00 am
By Abigail Swanigan abigails@marshfieldmail.com

Fordland boys cross country team is currently ranked tenth in the state while the girls are ranked seventh. Both teams ended its 2021-22 season this past weekend at the Class 1 state tournament.

“I am very proud of these kids,” Becky Haynes, boys and girls coach stated. “They didn't end up where they wanted, but each runner gave their all this weekend. Most of them ran their best race of the season, but this was a very fast race. We had boys and girls in the top half of the meet. We can't wait to see what we can accomplish next year.”

While no one placed high enough to medal, the boys team had three runners in the eighteen minute time mark and six of the seven boys obtained a personal record. Emma Trotter for the girls team was 5 places shy of earning a medal with all of the girls earning a personal record or tying their best times of the year.

Medaling in 11 out of the 12 meets this season, Gracie Vestal competed individually in the class 2 state tournament representing Conway High School. This was Vestal’s third time running at the state tournament.

Running a 22:09 time, she recorded her own personal record at the meet. Finishing 58th out of 166 runners in the Class 2 tournament, Vestal now holds the 9th, 11th, and 15th best times ran by a Conway girl at the cross country state tournament and she is the fifth girl in Conway High School to compete in the tournament three or more times.

While he did not medal, Mitchell ended his sophomore season with a time of 17:13, beating his time of 18:02 in last years tournament.