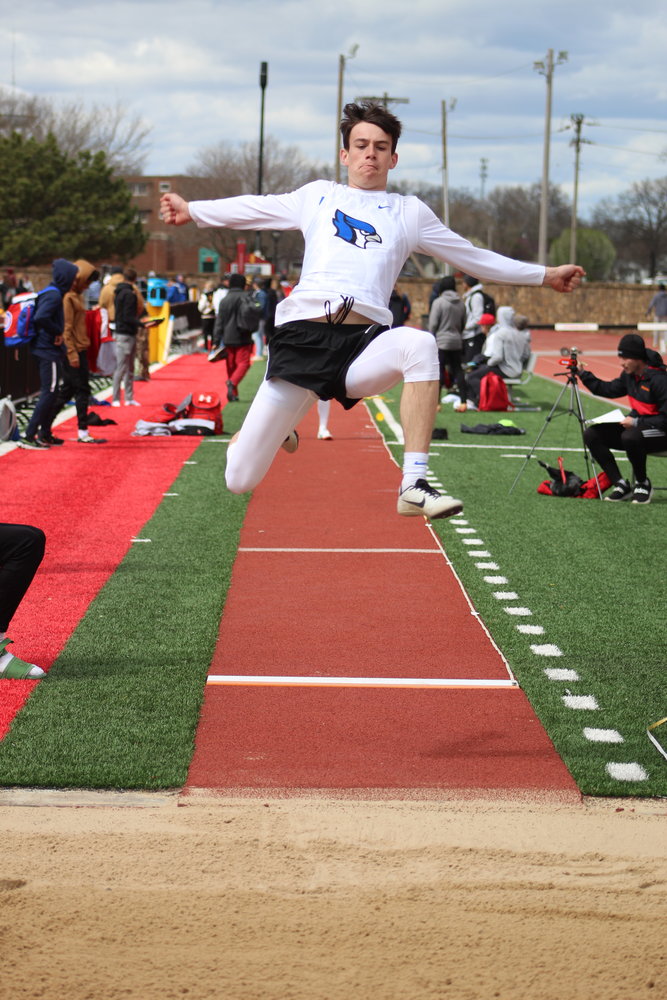 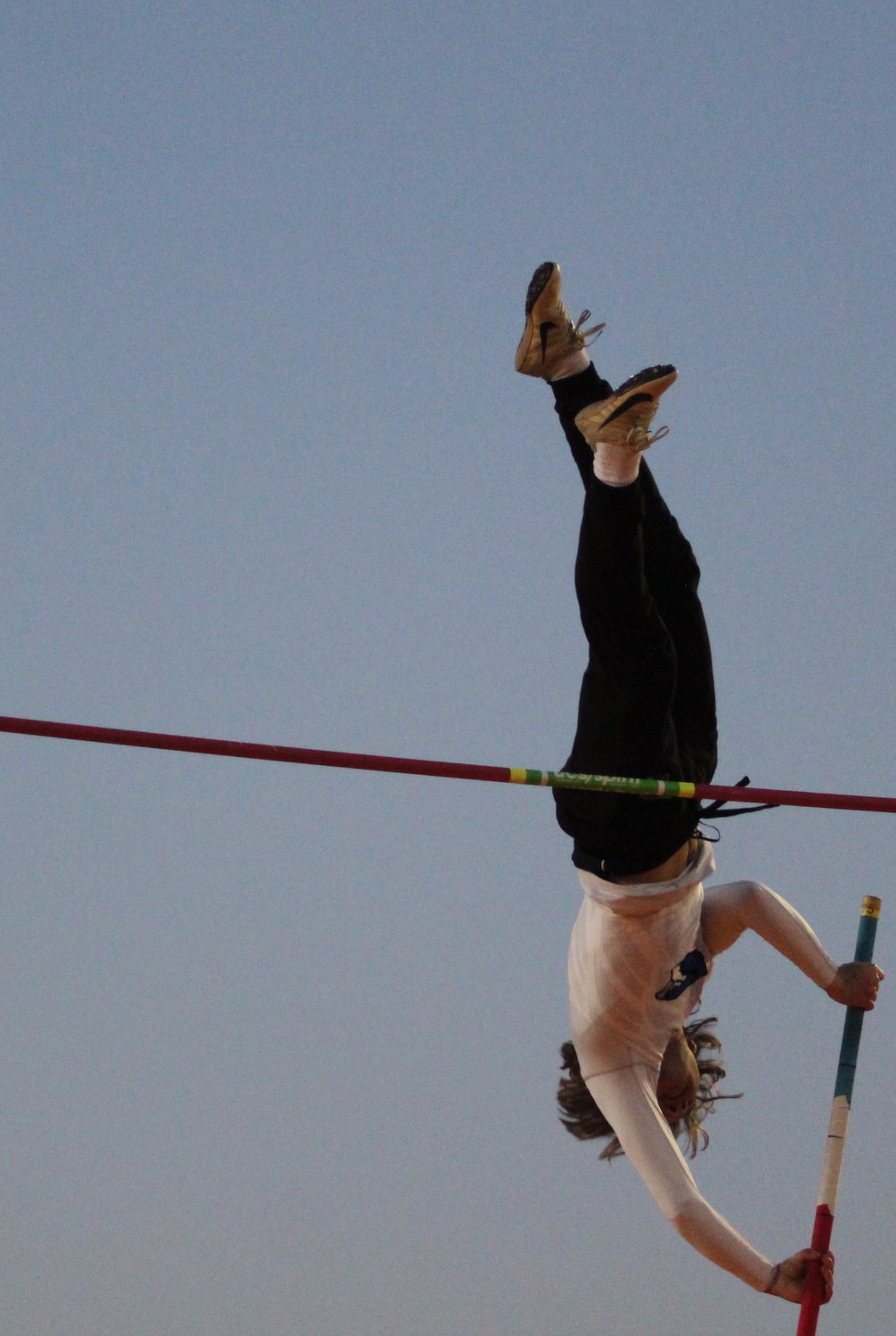 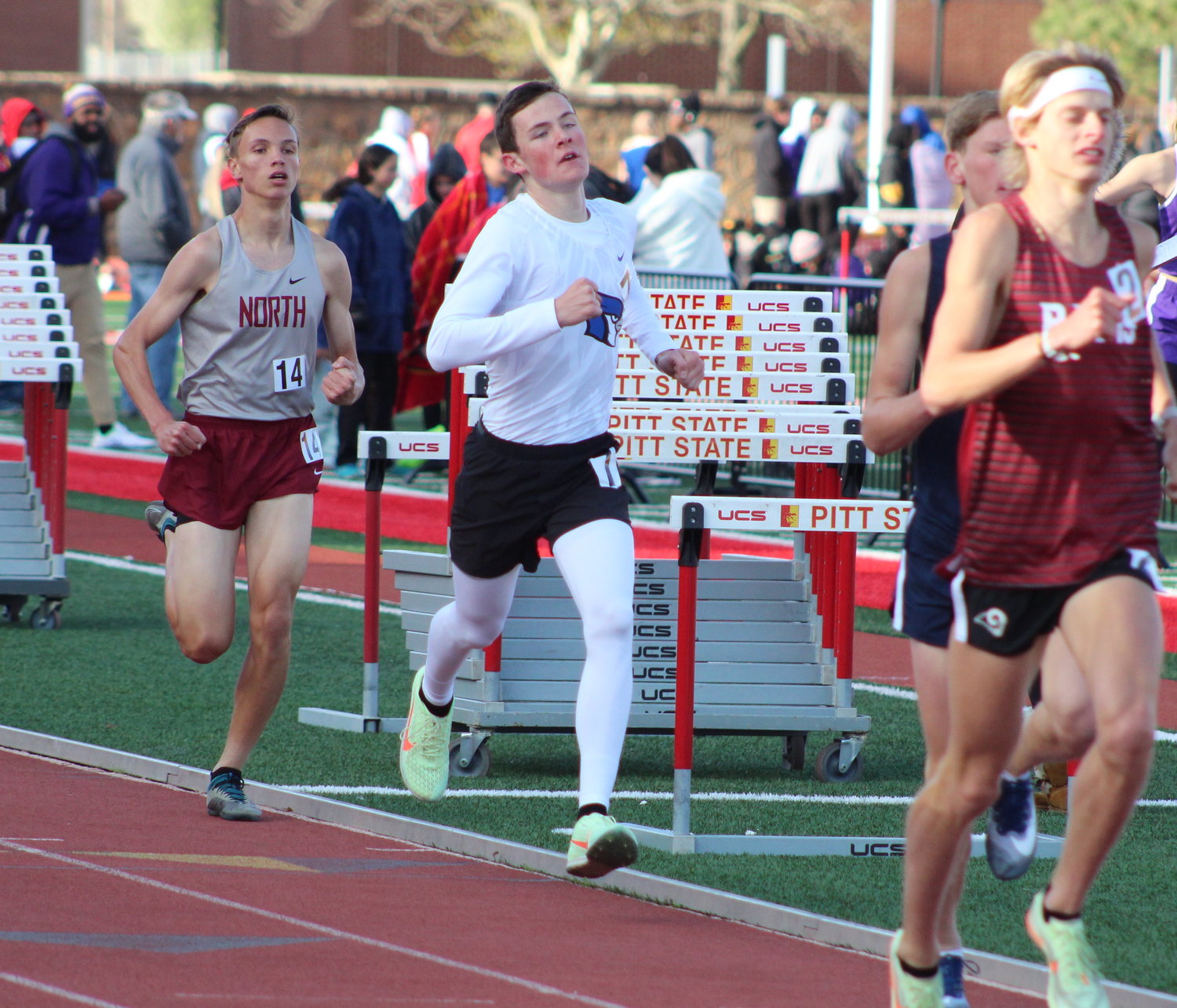 Sophomore Zach Mitchell’s dedication to the sport was evident in both his races on April 8. Mitchell PR’d and smashed a 32 year school record from 1990 in the 3200M race. 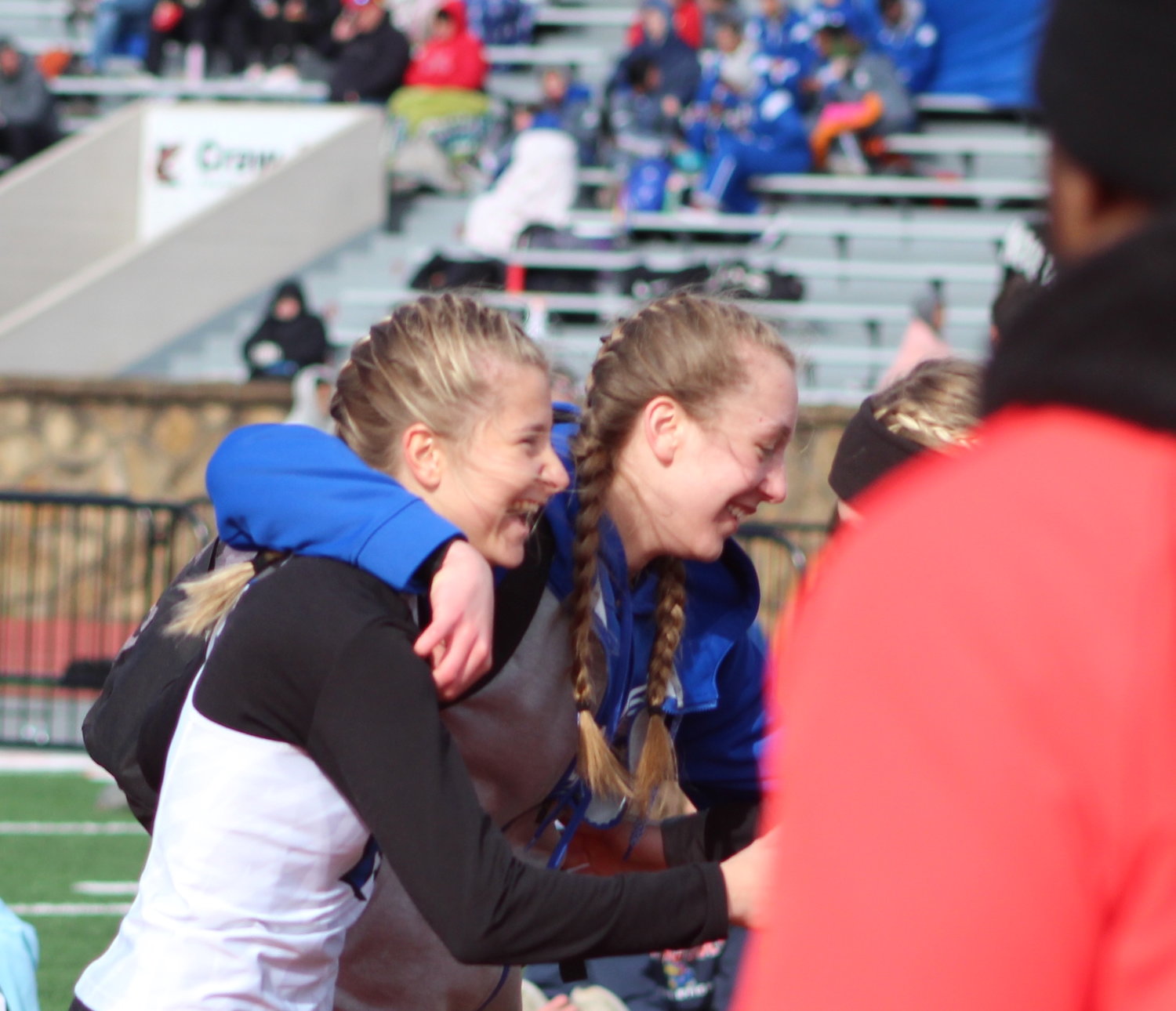 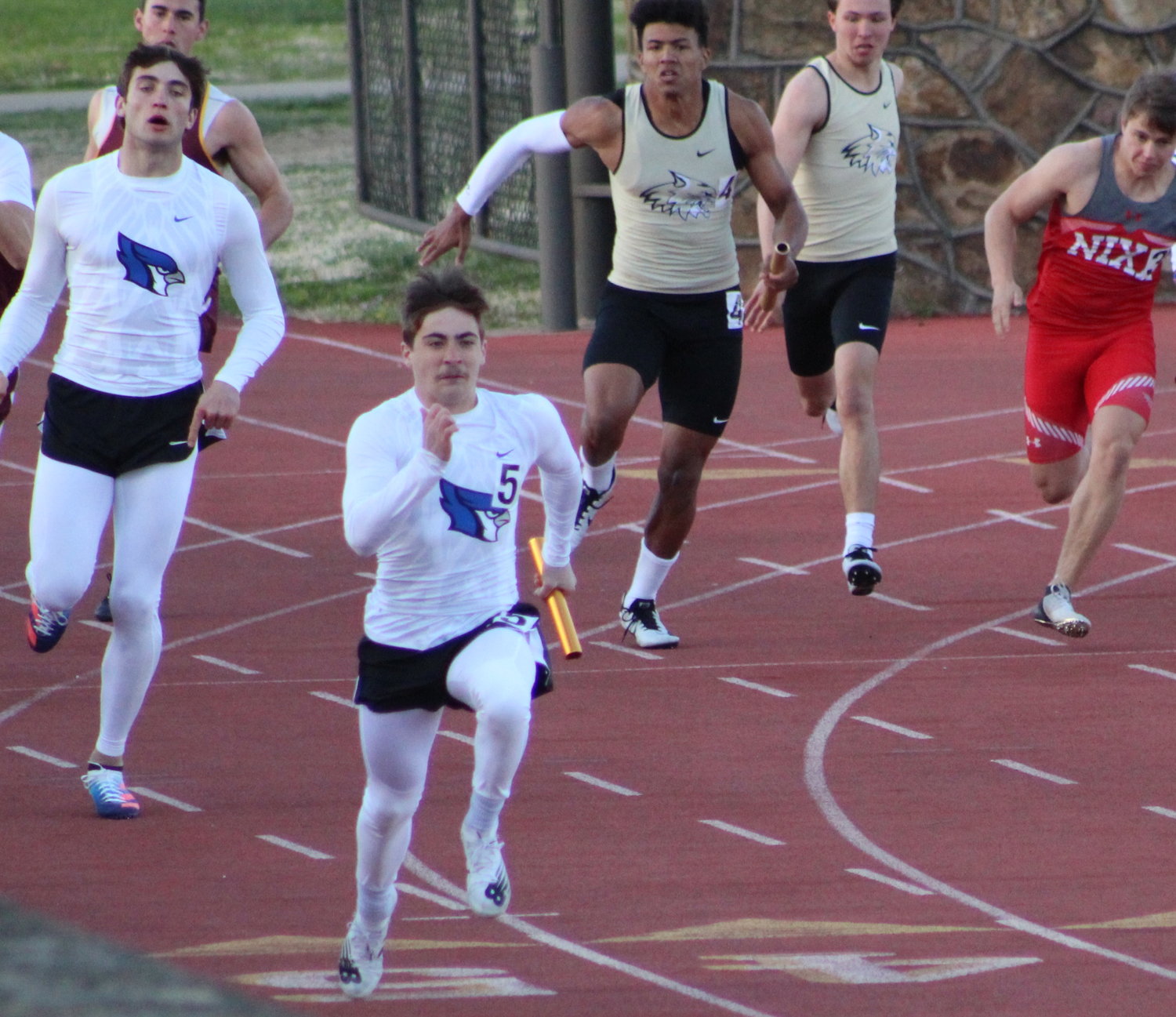 A blur of Marshfield blue and white flew down the track to break another school record in the Boy’s 4x100M relay. Pictured is Senior Peyton McBride and with baton in hand Marcus “MJ” Gritts.
Previous Next
Posted Wednesday, April 13, 2022 11:38 am
By Alyssa Andrews alyssaa@marshfieldmail.com

A wave of Marshfield blue and white crowded the finish line as sophomore Zach Mitchell took his final strides of the 3200M race. Finishing with a time of 9:56:11, Mitchell would not only secure 12th place at the Pitt State University Jock’s Nitch and Gorilla Relays on April 8, but would break a 32-year old Marshfield High school track record in the process.

“Zach broke a 32-year old record and that couldn't happen to a better kid. He has worked hard, wanting to do more and more this year to try to push himself,” shared MHS Track and Field Coach Roy Kaderly.  “All of our athletes stood cheering for him as he finished the race. They all ran down to the field because they wanted to go congratulate him. Seeing that aspect of the team come together is big time for us.”

A number of BlueJays soared high in the Pole Vault competition. Junior Travis Greenfield battled hard for a 2nd place finish as well as Senior Chelsea Brown who also fought for a 4th place finish. Junior Bayley Simmons would soar into 5th place in the Girl’s High Jump and Sophomore Lauren Luebbert snagged a 5th place throw in Girl’s Javelin.

Just shy of 40 schools were present at Pitt State, including schools from all over the Midwest. Both the BlueJays and Lady Jays represented in almost every event, a feature Kaderly was proud of.

“Most schools were bigger than us and we're one of the smaller schools that were attending. It's a very good measure for us on where we're at midway through the season,” shared Kaderly. “We're pretty close to filling an entire lineup and where we do have kids, they are talented. We've got a lot of younger kids that are looking for some of those open spots. They see a gap in our lineup and they want to go try something new…they see an opportunity to get on a bus and go to a varsity meet right now. So them wanting to find a way to compete is very encouraging.”

The BlueJays take on Camdenton on April 12, after the Marshfield Mail’s publication deadline. Follow the Jays into both Strafford and Ozark on April 19 at 4:00p.m..