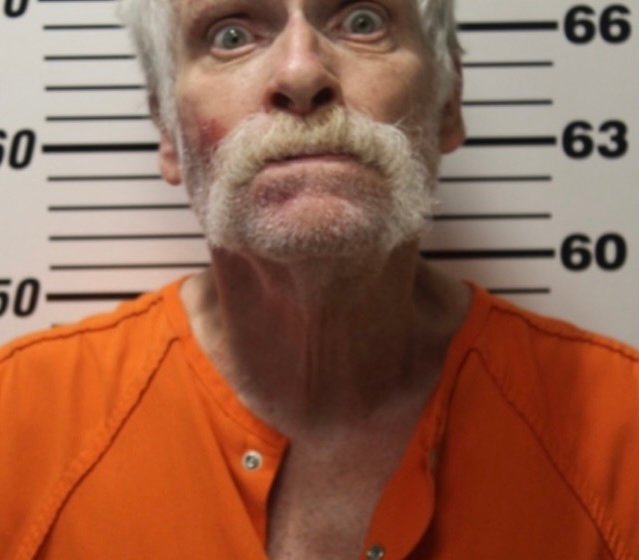 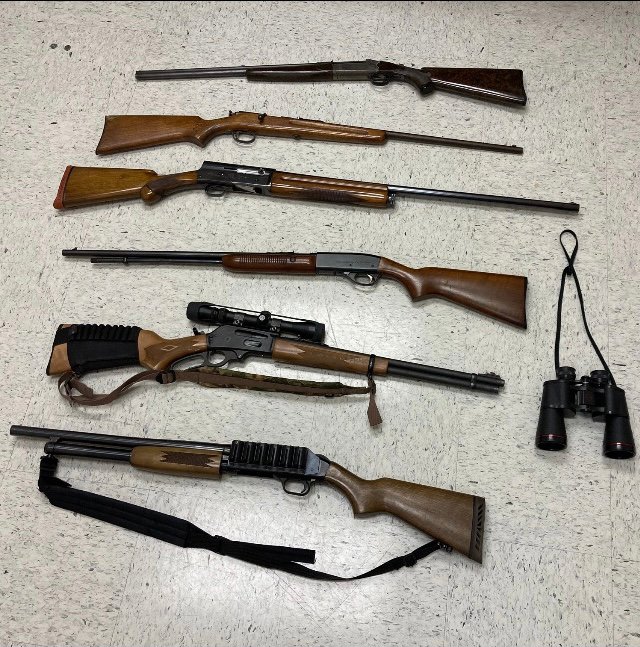 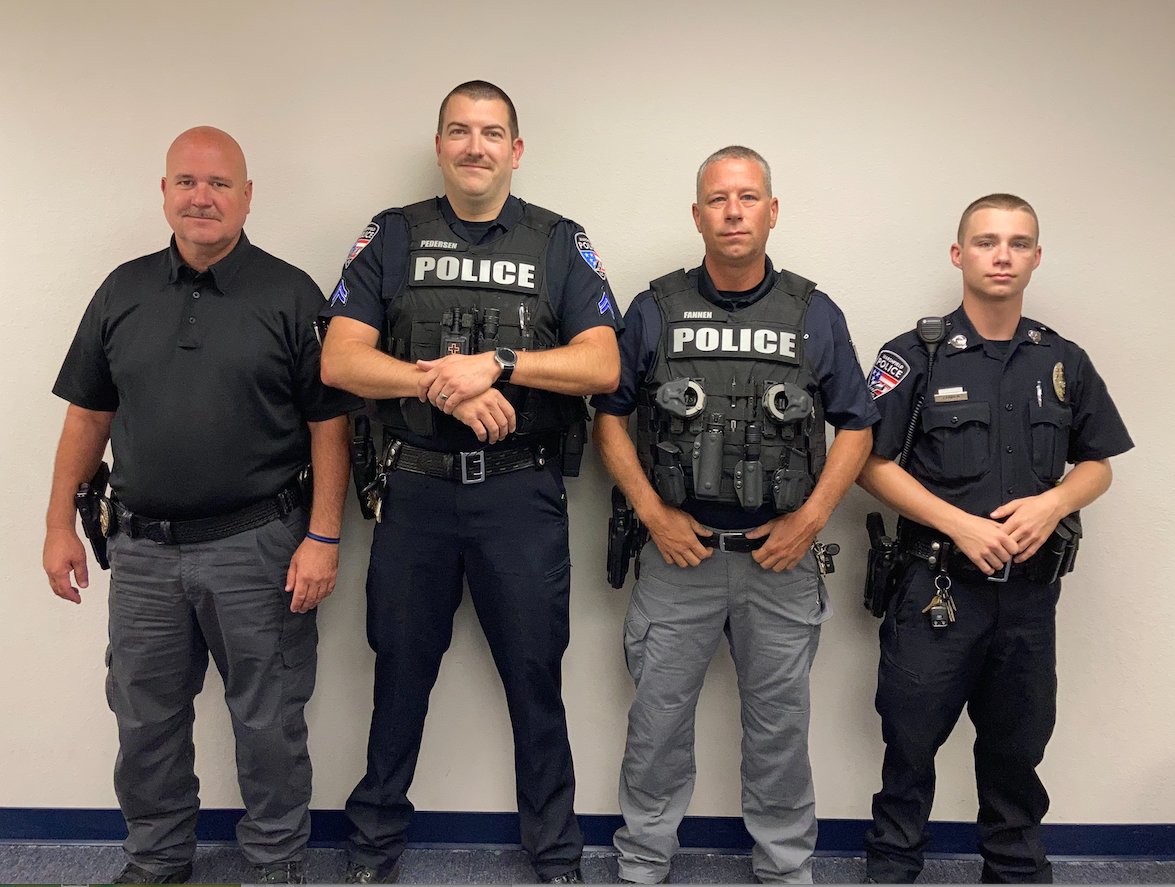 Previous Next
Posted Wednesday, August 25, 2021 7:30 am
By Shelby Atkison shelbya@marshfieldmail.com

Marshfield police officers responded to the site of a potential mass-shooting on Wednesday, Aug. 18 at Walmart. Warren Dale Branning, of Long Lane, was arrested and charged with 1st Degree Terrorist Threat, Resisting Arrest and 1st Degree Harassment. Prior to his arrest, Branning told police the events of that day probably would not have happened if he hadn’t used methamphetamine.

“This was an unfortunate set of circumstances that could have put a lot of people in danger… it was shaping up to be an active-shooter situation. I can’t be anymore proud of our officers and their willingness to risk their lives and safety in order to protect our community” said Mayor Natalie McNish. “I can’t sing high enough praises about what our officers do. They are undoubtedly some of the most amazing people I have met doing this job and used the least amount of force possible to effect this arrest.”

“This is the year 2021 and with the amount of gun violence and actual shootings that have taken place in Walmart parking lots… we were prepared for the worst when we got the call,” added Chief Doug Fannen. “Dispatch received several calls about a man on the ground, laying out guns around him. We didn’t know what his mental state was but we had information that he was pointing and yelling at people. He had a pair of binoculars with him and did admit he was high on methamphetamine. This could have very easily ended in tragedy.”

The entire experience was surreal for witnesses, including Rayola Leggett, a Burrell Health employee who went to Walmart that day for a loaf of garlic bread. She told the Mail that she was finishing her lunch in her car when Branning pulled up and parked next to her, leaving one empty space between them.

“I see this man was setting things outside of his vehicle and then I realized they were guns because one was partially unzipped and showing,” she said. “At that point, I froze… I ducked down in my vehicle and I could see when he would get back in to get more guns. I didn’t want to drive off because I was afraid that he would shoot me… I just knew he was going to shoot me. I didn’t know what to do.”

Several witnesses reported being frozen with fear, some unable to move to their vehicles. Walmart placed the store on lockdown until the situation was handled. MPD credits the success of the arrest to their ability to respond quickly and efficiently.

“We tried to run silent to sneak up on him. We didn’t use our sirens and turned our lights off before we got there,” said Fanned. “We were able to sneak up on him and stopped our vehicles within 50 yards of him. By the time he saw us, we were 10 feet away.”

“Through my window I saw the officers in uniform rush towards him and they got the gun[case] pulled out of his hands, a struggle ensued and it was very scary,” Leggett added. “Especially knowing he had multiple guns.”

According to the police report, Chief Fannen was first on the scene, followed by Cpl. Eric Pedersen, Sgt. Richard Neal, Detective Joe Taylor, Officer Garrett Fannen. The report details six guns laying around the suspect in a half circle, pointing in different directions and two others in brown gun cases.

“When [the suspect] looked up, he already had several guns laid out and he immediately reached for a gun case,” said Fannen. “He was so zoned-in on his guns, by the time I asked him to get back a third time, that’s when he reached for it and I kicked his upper body back, away form the guns.”

At this time, the report said Officer Garrett Fannen grabbed the suspect by his right arm and commanded him to place his hands behind his back. However, Branning pulled back and began to attempt rolling away from the officers. Other officers on the scene used force to try to arrest Branning, when he continued grabbing for the inside of his shirt and attempting to roll underneath his vehicle, further resisting arrest. Cpl. Pedersen then pulled him out from under the truck and the officers were able to make the arrest after a 45-60 second struggle and transported to the Webster County Justice Center.

“Those officers rushed towards a guy who had guns,” said Leggett. “I don’t know what would have happened if it weren’t for them… who knows how it could have ended up. They were so brave.”

“What you see across the parking lot isn’t always the whole story… we really thought this guy was going to do some damage and our officers wanted to get this person stopped,” Fannen added. ’I’ve worked in three states in 27 years and I’ve never worked with such a great group of officers and not one of them that day showed an ounce of fear.”

Allegedly, a witness reported that Branning stated he was there to kill his ex-wife. When asked about his intent that day, the suspect told MPD that he had no one and lived alone.

On June 21 this year, the same suspect was charged in Dallas County for shooting a shotgun into a residence. The report from the Dallas County Sheriff’s Office said that Branning had then reported his wife was in California. The report also detailed the use of methamphetamines four days prior to this arrest.

The Marshfield Mail was able to verify that Branning was held on a $250,000 bond and bonded out of the Webster County Jail Friday, Aug. 20. He currently awaits a court hearing. More details will be released as they become available.