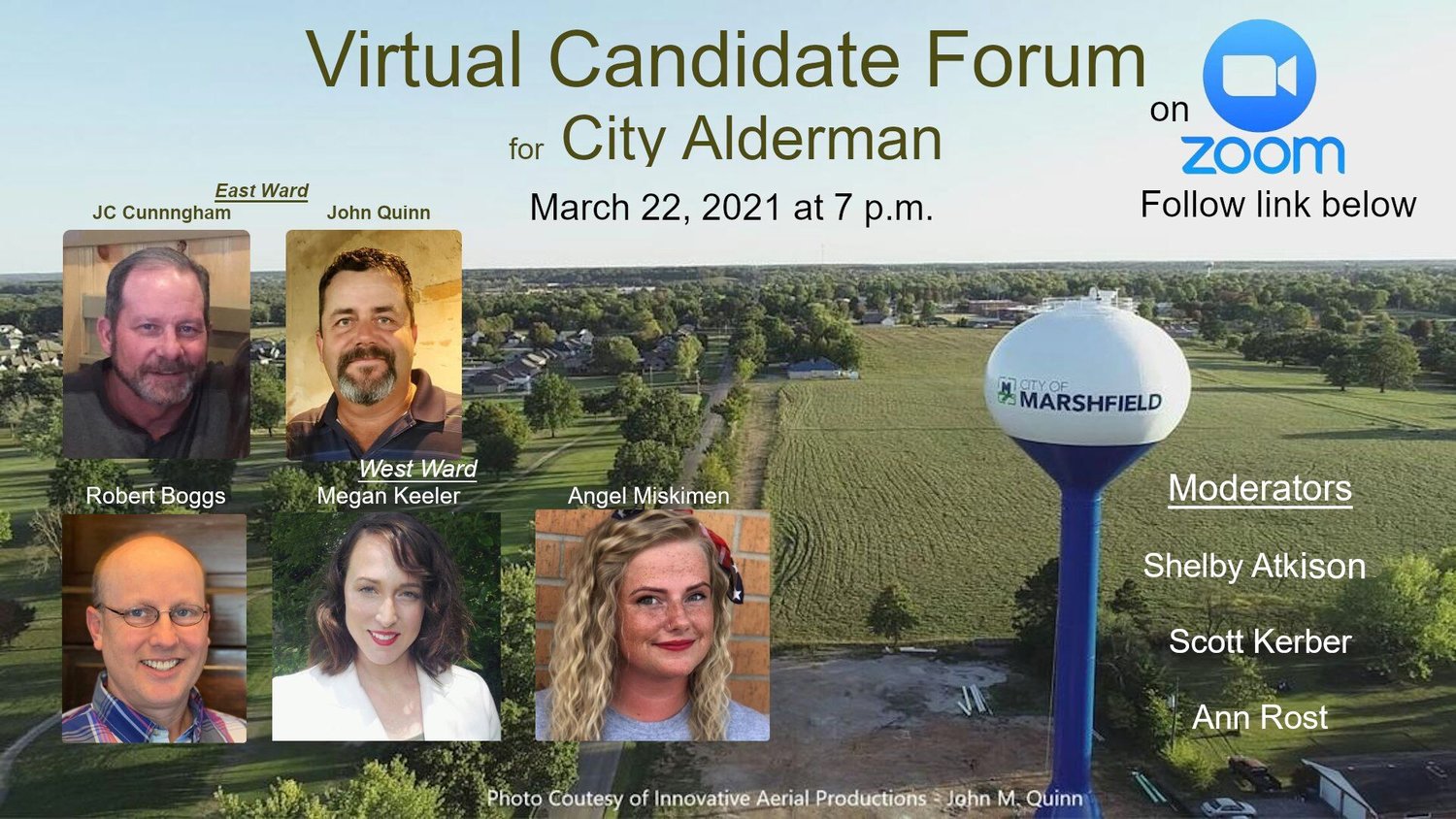 Come back to this link for a live stream of the Zoom meeting.

Former Mayor of the City of Marshfield, Robert Williams will host a Virtual Candidate Forum for those on the ballot for Alderman in April 2021. The live event will be streamed via Zoom at 7 p.m. on Monday, March 22.

“Our goal is to allow candidates to share their priorities and positions on key issues to help voters be more informed,” said Williams.

Skip Wendt has announced that while his name is on the ballot, he will no longer be seeking to serve as alderman due to a recent development regarding his health. The remaining five candidates will answer questions through moderators.

This event will be recorded for rebroadcast after the forum concludes. According to Williams, all City Alderman candidates have confirmed their participation in the event and while Williams will host, there will be two moderators alternating on asking questions. The moderators of the event will be former Marshfield Mail editor Scott Kerber as well as myself, Shelby Atkison.

The hour-and-a-half event will be available for live streaming via Zoom. Those who wish to view the live Virtual Candidate Forum can find more information including the direct meeting link in the online version of this article at www.MarshfieldMail.com.  For more information leading up to the event, join the “Virtual Marshfield Alderman Candidate Forum” on Facebook. Watch for a link to the live event on the Marshfield Mail’s Facebook page the day of the event.